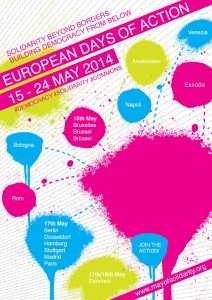 The Italian Ministry of interior affairs allocated funds to restore and reopen the detention center for migrants in Bologna (CIE), a black page in the history of the city. We cannot accept this project and will express with all our forces the refuse opposed by the city to this factory of injustice and sorrow where migrants are detained just because they don’t have, or have lost, their residence permit. We invite all to build up together a great demonstration on Sunday, 18 of May.

During the last 15 years many struggles developed, from within and outside the walls of the detention centers, and contrasted without ambiguities the human and legal aberration represented by the CIE. These struggle denounced the role played by administrative detention – established for the first time by the center-left government (Turco-Napolitano Law) – within the legal devices aimed to exploit, blackmail and discriminate migrants, like the Bossi-Fini Law. Thanks to these struggles and to the strong protagonism of migrants fighting within and outside the working places, a fund of dissent was accumulated and pointed at the responsibility of the institutions, included the local ones that recently expressed their disagreement with the re-opening of the CIE in Bologna.

However, this is not enough. We know that today the CIE is closed because of this long-time resistance, but we also know that national and European politics on migrations and asylum still aim to block selectively freedom of movement and individual projects. On the one hand, the militarization of «material borders» and the systems of rejection and deportation are empowered (as it is shown by the military mission Mare nostrum). On the other hand, «immaterial» borders to circulation and inclusion within the European space multiplied. Evidence is given by the fact that the right to stay depends on labor and incomes, but also by the conditions established to obtain the right to welfare, social contributions and providence. In time of crisis, it is even clearer the logic according to which material and immaterial borders are established in order to turn the rights to house, health, education and income into privileges from which the most of population – not only migrants – is excluded.

The management of migration through detention (including the one of asylum seekers within the special centers called CARA) are redefining the whole citizenship and the hierarchies of exploitation. Freedom of movement in Europe is forbidden not only to migrants and refugees (bounded by the Dublin agreements), but also to the European citizens who are not entitled with the social rights of the member States because of their low incomes. The discrimination among communitarian and extra-communitarian citizens developed through differences and hierarchies which involve also the communitarian ones: the English and German prime ministers pretend to introduce limits for the residence of European citizens in their country; Belgium expelled Italian citizens because they did not earn enough; Roma minorities are discriminated by many EU member States; the recent referendum in Switzerland exemplifies a widespread institutional racism.

These forms of segregation and this government of the mobility of people are enacted also outside the European borders, on a global level, defining new geographies of inequality along class, rage and gender lines. The management of migrant labor on a global scale depends also on the building of detention centers at the external frontiers of Europe, like Ukraine or Libya, where those institution are established in return of financial investment and commercial advantages.

In front of European and national politics aiming at separating an diversifying, we are more and more united in our different conditions. Against the threat of egoism and indifference, on May the 18th we will react within the European week of action promoted, among the others, by the Blockupy European coordination. We will demonstrate in solidarity, knowing that freedom and democracy must be reinvented and actively build up taking our side with migrants, for the dignity of everybody and against all the instrument of institutional racism such as detention centers. 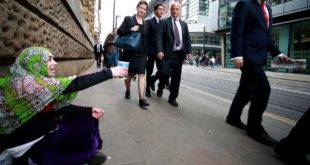 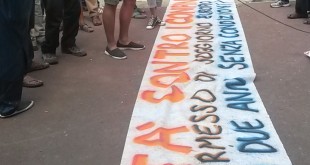