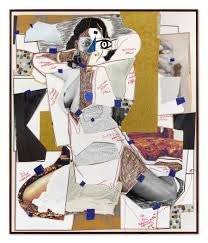 «Why can’t we say woman anymore?» is the title of an article by Rosie DiManno shared on Twitter by Margaret Atwood a few days ago. The sharing of the article, which was published in the Canadian newspaper «Toronto Star» (#1 and #2), provoked bitter reactions that put Atwood’s positions, together with J.K. Rowling’s ones, in the ranks of trans-exclusionary radical feminism. This article laments the disappearance of the term «woman» from the institutional language when talking about reproductive rights, and points to the risk that it may disappear from common language too. DiManno declares herself in favour of the battles for recognition and visibility led by the Lgbtq+ movements, but considers the eclipse of the term woman a dangerous achievement, because it would obscure the fact that those who get pregnant and have abortions are mostly women. DiManno also observes that there is no similar attention, in institutional language, to the inclusive deconstruction of male terms: the famous medical journal «Lancet» – in a recent article that caused a stir – spoke of «people with vaginas», but very rarely does one read of «people with penises». The polemical intent of DiManno’s article is explicit. The tone is sarcastic – she begins by parodying the hypothetical disappearance of the term « woman » from the lyrics of iconic songs such as A Natural Woman – and the use of statistics is questionable: the fact that there are a small number of trans or queer people who need to have abortions seems to be enough for her to ignore the discrimination they may face. The episode is obviously not interesting in terms of whether Atwood can really be considered a trans-exclusionary feminist, but for the issues it raises for feminist and transfeminist movements that in recent years, all over the world, have used the aesthetics of The Handmaid’s Tale to challenge patriarchal institutions and violence.

Women have led these movements and they haven’t fought to affirm a female identity based on anatomy, but to challenge their social position, their subordinate sexuality, and the roles and behaviors that male domination claims to impose on them by virtue of their sex. Lesbians, trans and queer have also led these movements, and have made gender a battlefield, by claiming and practicing the possibility of living their sexuality and their lives without having to submit to the patriarchal command that establishes what positions, desires, roles, and behaviors are legitimate for each sex. Within these movements, the meaning of «woman» has been continuously contested by those women who have risen up en masse against male violence and have claimed to define themselves against patriarchal command. Within these movements, that command was simultaneously challenged by the multitude of subjects who make gender a battleground to assert a claim to freedom.

Any dispute over language should start from the reality of these movements. Language is never just a question of political correctness or lexical evolutions but concerns the production of a feminist and trans-feminist discourse able to name, extend and amplify the antagonism practiced by subjects who will never be reducible to one single identity, nor they will be dissolved in the multiplication of identities. Some of the voices who criticised Atwood’s endorsement of the article suggest that to speak of «pregnant people» or «individuals with wombs and ovaries» is as much a registration of a factual reality – queers who do not recognise themselves as ‘women’ can also become pregnant or have uterine cancer – as it is a condition of possibility for accessing a right or service – abortion or adequate health care – without suffering discrimination. Women, who for decades have fought and are still fighting to have their right to abortion recognised and not to be forced to do it illegally, know very well that this thing cannot be ignored. However, the issue with this inclusive practice of language is that it inadvertently reaffirms a striking centrality of the body as a biological fact emptying it of its social meaning. At the same time, it re-proposes the patriarchal lexicon centred on the «person», a fictitious universal stripped of any determination of sex, gender, race and class which obscures, instead of making more visible, the social relations of dominion. 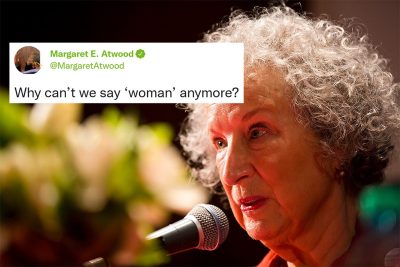 Can a feminist and transfeminist discourse refrain from talking about women when there are subjects who, while individually and collectively invoking this name, struggle for not being socially identified with the procreative function of their uterus and with the position which, based on it, should be imposed on them in the sexual division of labour? Isn’t it precisely the rupture of that identity which also drives those who, by identifying themselves as trans or queer, reject the patriarchal definition of the female gender based on the possession of a womb? A feminist and transfeminist movement can’t establish once and for all the legitimate use of the words without closing the spaces of politicisation which result from the stances taken by the very same subjects who animate it and without obscuring the different material conditions in which those subjects live and struggle.

We cannot take the risk of inadvertently replicating the sovereign gesture of trans-exclusionary feminists, who claim to establish what a woman is from the symbolic value they attribute to an attested genital authenticity. Saying woman has never meant naming a homogeneous subject because class, the colour line or the possession of a residence permit establish different positions in society and also different possibilities of practicing sexual freedom, accessing abortion or escaping male violence and exploitation. By striking against male violence, women have not asserted themselves as a gender-based identity, but as a part contesting a gender-based identity and the subalternity imposed by masculine domination and its social order. Similarly, it is difficult to think that the mobile acronym LGBTQ+ could define a universal subjectivity finally realised by virtue of its plurality, as if gender and sexuality were the only politically relevant determination of individual existence. Then, perhaps the problem is not that of the inclusiveness of language – which always ends up presupposing the existence of an authority which guarantees it, first and foremost the State – but precisely that of political communication and ability of feminist and transfeminist discourses to identify the line of conflict along which to produce connections between positions that claim their difference as a political moment of rupture. At stake there is the practice a discourse that does not merely recognise multiple identities by establishing hierarchies of privilege or oppression between them, but which also points out the possible common grounds where identities are fractured by a political stance. After all, if Gilead – the patriarchal dystopia imagined by Atwood – does not exist, it is precisely because masculine domination is materially challenged every day by those who reject the sexed positions and gendered identities it purports to impose. 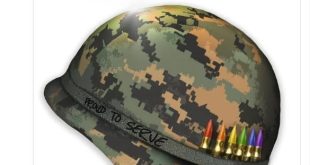