Lampedusa on a charter. An interview with Hagen Kopp 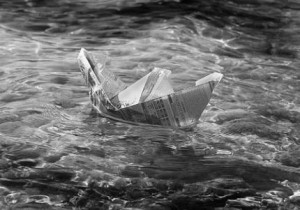 This in an Interview to Hagen Kopp, from No one is illegal in Hanau/Germany, mainly involved in the network activities from Welcome to Europe. Hagen took part to the meeting for the promulgation of the Charter of Lampedusa, which was held in the Mediterranean Island from January the 31st to February the 2nd 2014. We already questioned the political effectiveness of the Charter of Lampedusa. That is why we believed that it could be useful an open discussion about this initiative, which was able to raise interest and mobilize.

You participated to the meeting organized in Lampedusa to draft a charter which was intended to be the base of a pact among different social movements to direct their actions against both European and global migration policies. What was your expectations from and what is your evaluation about the Lampedusa meeting?

About 200 people attended the meeting and taking into consideration the heterogeneity of the spectrum of activists the discussions on the text were more cooperative and productive as I had expected. But in the same time the process, which was presented as transnational, included some strong limits: already in the period of preparation the charter was mainly an Italian project and this remained the same in Lampedusa. The composition was fully dominated by activists from Italy and only a few persons from other countries contributed. And the more important limit: only a very few migrants were present. Of course its not so easy to travel to this island, but I hoped, that the multiplicity of recent refugee and migrant struggles all over Europe and beyond should characterize this gathering and it did not.

In the charter it is stated that it does not matter wether its principles are acknowledged by governments and States. At the same time, the demands listed in the document – such as the end of visas regimes, the demilitarization of borders, the closure of all detention centers – could be implemented only by governments. The question is, therefore, to whom is the charter addressed?

Ok, but I think more or less all charters and manifestos include this kind of contradiction. If you emphasize to rights and if you want to push concrete demands, you automatically are in the role to address it to the authorities in certain times and situations, although it was emphasized in the introduction of the meeting, that it is not. I have not a problem with this ambiguity as the struggle for and the (re)appropriation of rights in my eyes is a complex process. To give the first priority to the mutual commitment of the social movement is right, but you cannot avoid at least an indirect reference to the state, if the enforcement of demands is wanted.

The charter call for a set of rights – such as the one of not being exploited – whose enactment would question the whole capitalist order. What is the meaning and what are the concrete practices pointed out by these demands?

To oscillate between visons and concrete demands, between general longterm and direct shortterm postulations is also not the uniqueness of this charta. Most manifestos of last years move between these poles and it is ok for me to combine dreams and daily demands. My critic is more, that the charter – so far as i followed – did not refer to earlier attempts and processes, for example to the World Charter of Migrants proclaimed at Goree (Senegal) on February 4, 2011. The idea to choose Lampedusa for another project is justified, but it should has been connected with migrationrelated transnational moments of the past. And the same problem of an italian-centristic approach came out in the practical proposals, which were collected in the final assembly: in stead to put a focus on real transnational activities – from the recent past to the near future – the practical agenda of Lampedusa remained on coming italian mobilisations.

Do you think that the Lampedusa charter could be an instrument to improve experiences of self organization among migrants in Europe?

I mentioned already above, that from my point of view it was the biggest limit of this meeting, that  obviously it was not a priority in the process to take care, that the various migrants and refugee struggles could be present. And as during last months a transnational caravan and march for June 2014 to Brussels is under preparation – initiated by various selforganised groups of sans papiers, migrants and refugees in different European countries – the chance was given, at least to set a clear focus on this mobilisation in Lampedusa. But it went lost in a „supermarket“ of activities for next weeks and months. Thus I have strong doubts about the importance of the charta for the process of selforganisation.

You are involved in another european process that is the Blockupy coordination process. what are your expectations? What is the potential of transnational mobilization of Blockupy?

I am coming from the Frankfurt area, thus I have also to „admit my local motivations“ in the Blockupy-process. But as the protests and blockades have been developed within last two years at the domicile of the ECB as one heart of the crisis regime, I am happy, that another moment of transnational cooperation could be established and hopefully will be stabilized and extended within this year mobilizations: during decentralized actiondays in May and another common event against the opening of the new ECB probably in November. Its another attempt for a longer term process of transnational cooperation and coordination, in which we try to interconnect the struggles against the regime of the crisis and the borders. 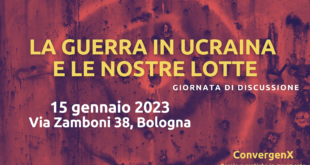 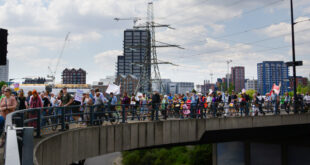 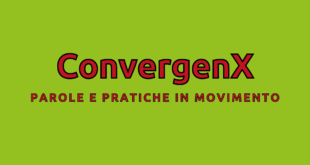