Learning from Oakland: Rise up Together to Make the Difference! 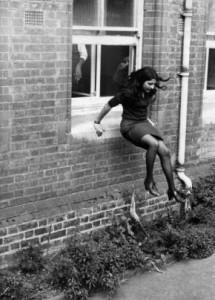 We are proud to publish a report on the Oakland general strike written by Kimi Lee, woman, mother, migrant and activist of the collectives Colorful Mamas of 99% and LeftBay99, the latter born as a space for organization within the #occupy movement, after the strike was launched. It is an enthusiastic and sincere report. We have a lot to learn from Oakland: the ways in which the strike was organized and practiced and how it is regarded today by those who have been protagonists.

It is meaningful that the Oakland strike was proclaimed after the brutality and violence enacted by the police in order to evict the occupiers. It was not only a reaction to denounce repression, or a simple representation of rage. It was a redefinition of the terms of the ongoing struggle. With the general strike, #occupy imposed its own rules, first of all because it subverted the law against the general strike which has been in effect for years. It was an exceptional strike, just like the practices adopted to guarantee its effectiveness. In order to overcome the limits imposed by the labour contracts subscribed by unions, workers called in sick or took vacation to participate in the strike. Furthermore, community activism was of central importance. The experience of the Colorful Mamas of 99% – women, mothers and migrants – who actively supported the strike with blockages – is something more than window dressing. By going out of their houses, going down in the streets, by contributing as mothers together with their children to the blockage of the city port and banks, these women turned a position which traditionally was an obstacle to the active participation to political processes into power.

This experience shows that it is necessary to make the differences which characterize the 99% visible. Furthermore, it is the sign that the «absence of real goals» and of a «long-term strategy» is somehow a false problem. The force displayed in Oakland, indeed, should not be judged looking at the programmatic points, but considering what the presence of precarious men and women, migrants and workers is bringing to light. The question of debt and the question of finance are not empty names or slogans, but are brought back to the earth by the women who denounce the attack on the welfare state and public education, by the young undocumented migrants who fight against the business of detention centers, by the African-American and Latino families from whose perspective the fact of not paying the debt means the foreclosure of their homes, just like what is happening on this side of the ocean.

From a window on the left side of the bay, it is possible to see that the measure of the success of the strike is not given by the numbers – which were huge and, even though they did not completely block the city, succeeded in stopping the crucial centers of its production and re-production. The success of the strike is given by the sense of possibility it evoked. In Oakland, the movement reclaimed the practice of the strike as a form of struggle and of accumulating power, showing that the forms of strike can be renewed and the importance of the valorization of the differences expressed by workers, women, migrants, public workers and students; they show that a mass movement which collectively produces and practices the political measure of its behaviors is possible. What is at stake is not only the occupation of physical spaces to recognize one another and be recognized, but the concrete possibility of overthrowing a power relationship.

Rise up together to make the difference – Kimi Lee

In the last month, I have seen some incredible things right outside my window. I work at the corner across the street from the Occupy Oakland camp and the recent scene of intense police brutality against peaceful demonstrators. On November 2, it was the central stage for the first general strike in Oakland since 1946. Tens of thousands of people came out to support the Occupy movement and to identify themselves as the 99%. The strike was called the day after police forcibly removed the Occupy Oakland campers in the early morning before sunrise and then attacked peaceful protesters that came out later that day to support the campers. Peaceful marchers, including people in wheelchairs, were tear gassed, flash bombed, and hit with rubber bullets. In response to the intense police brutality against the Occupy camp, the call for a General Strike was made during general assembly the next evening. The reports of the police violence drew over a thousand people to the site – youth, students, workers, union leaders, immigrants, activists of all types-to the Occupy site to show solidarity with the encampment. The general assembly that evening had over 1,600 people attend and with a vote of 1,484 votes in favor of strike, 46 votes against, 77 votes to abstain, the 96% majority vote carried the measure.

The Oakland Strike was not an official general strike called by the unions or labor movement. It was called for by the Occupy Oakland General Assembly. Labor unions and the local central labor council responded by showing support in different ways but could not officially call for their workers to strike (otherwise they would be in violation of their hard fought contracts). Unions encouraged their members to participate and labor leaders sponsored a BBQ dinner for protesters. Union leaders also released supportive statements for the Occupy camp and in solidarity with the 99%. Many workers called in sick or took vacation days to participate. The Mayor allowed all city employees (except the police) to take the day off if they chose to participate. About 20% of Oakland teachers joined in and some schools closed as students walked out of classes.

A group of activists started the LeftBay99 collective to create a space for organizers to join in the movement with or without our official organizations that we worked for. Many activists supported the Occupy movement but were not camping out in the space and wanted to find other ways to be involved. I became a part of that group and also helped start the Colorful Mamas of the 99%, to have a space for mothers who are immigrants or people of color with young children. LeftBay99 created committees quickly to help support the strike and help align community organizations, including labor unions.

The strike was organized in a week. Even though there was widespread support from community groups and labor organizations, the city itself did not entirely shut down. Buses were running, freeways moving and if you were not in downtown Oakland you may not have known about the strike. For everyone that participated though, it was an amazing day. Hundreds of people moving around the downtown area in the streets closed off to traffic, marches going off in different directions all day, music and speakers energizing the crowd, the atmosphere was more like a festival rather than a protest. There were no police in uniform and the huge crowds regulated themselves. When some individuals broke windows or sprayed graffiti on buildings, it was other participants that pulled them away or asked them to stop.

Organizers felt the day was a huge success, closing the downtown financial district and stopping banks from doing business. The fifth largest port in the country was shut down and goods were unable to move in or out, stopping millions of dollars in transactions. 50,000 people- children, youth, workers, immigrants – joined the mobilizations throughout the day and night. Community organizations brought large delegations of their members and many groups marched from different parts of the city to join the downtown activities. They called for regulation, taxation and accountability from big banks, and demanded investment in schools, services, and housing. There was massive participation from teachers, public service workers, youth, and community organizations.  There were two children’s marches, and activities at Occupy Oakland’s kid tent all day, with signs and themes like “Don’t you dare steal my future!” and “Share.” At least three corporate banks were subject to “foreclosure” by the 99%, inspired and led by Black and Latino families fighting to save their homes from foreclosure.

The strike has inspired more groups to continue the fight against the corporations and the 1%. In the days after the strike, the Colorful Mamas of the 99% took our young children to a teach-in (2-4 year olds) and then marched on one of the big banks and told them “it’s not fair, pay your share!” The next day, undocumented youth sponsored an action to draw attention to the banks’ investment in immigrant detention centers. The students from the University of California at Berkeley tried to create an occupy camp and were met by police brutality. The students are now calling for a campus-wide strike in response. Across the country, Occupy encampments are facing removal but Oakland has become a symbol of peoples’ resistance and the strength of this movement. The week before the strike, several major cities tried to clear their occupy camps with force – Denver, Chicago, Atlanta – but after the strike, there has been a quiet calm as government authorities try to figure out what to do next.

The Oakland Strike has helped to bridge the labor movement with the Occupy movement. Before the strike, the labor leaders (and other activists) were watching the encampment from the outside, unsure of how to interact with the growing movement. The Occupy movement was largely seen as a tactic that did not have clear goals or a long-term strategy. The incidents of police brutality have helped to bring groups together and gave everyone a wake up call. The police work for the 1%, protecting property and capital – the 99% need to rise up together to make a difference. California is home to more billionaires per capita than any other state in the US, and half of them live in the area surrounding Oakland.

The Strike was a major victory for social justice activists. It brought together many different organizations, people and agendas but all under the same banner of standing up against corporate greed. More people are thinking and speaking about the unfair economic system that has given the 1% so much while the 99% has suffered.  As a mother and community activist, I am hopeful as I watch more and more people get involved. We still have many challenges ahead of us but #Occupy has given a new energy and life into the social justice movement like nothing in our lifetime. 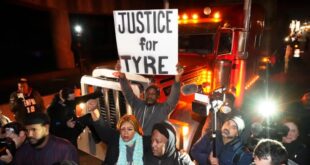 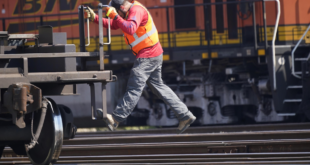 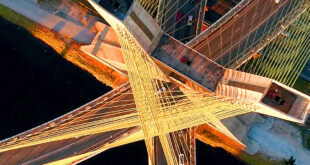