Strike in the Usa. Women and the globalization of the strike 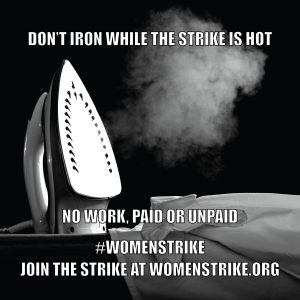 All over the world the strike is becoming a feminist political practice. On January the 20th women will cross their arms in the United States on the inauguration day of Donald Trump’s presidency, one day before taking to the streets of Washington with a #womensmarch that is announced as one of the biggest mobilization of the last decades. In the meanwhile, other women will invade the streets with more than 600 demonstrations organized all over the world. It is not possible to foresee the success of this initiative: the most important thing is that also in the United States women are its protagonists. The US women’s strike, like the one which is being organized in many countries on March the 8th, has to overcome all the obstacles that act against the concrete possibility of really stopping both productive and reproductive labor. Nonetheless, the watchword of the strike agitated by women provides it with the meaning of a political practice that aims to affirm the power of a part of society against a whole order of oppression and exploitation. It is therefore important to look at the Unites States, because another page of the global women’s uprising is being written there.

The women that called for the strike on the 20th of January recognize a feminist genealogy of the strike which is a transnational one. It starts with the women’s strike organized in New York by the Women’s Liberation Movement in 1970 and goes on through the Iceland strike of 1975, both crucial moments for conquering the power necessary to obtain fundamental results in terms of wage and labor-rights equality. This genealogy ‒ which could also include the 1991 women’s strike in Switzerland ‒ recognizes also the great novelty represented by the strikes of Polish and Argentinean women that, beyond the issue of sexual discrimination in the workplaces, fought against the limitation of the freedom of abortion and against male violence over women, that is the political conditions of their oppression and exploitation. As the organizers declare: «this is a political strike», and it is so not because it protests against Trump’s inauguration as the US president, but because it recognizes Trump as the representative of an order that considers women’s body as a sexual object and their lives and work as something which is fully available. The welfare cuts announced by the new US administration will have general effects, but are at the same time based on the presupposition that women will privately do the care and domestic labor which is necessary to the reproduction of society: «They expect the family (that is, WOMEN) to fill in the gaps and pick up the pieces. NO WE WON’T. This strike is a warning. Our work can no longer be taken for granted».

Just because they want the strike to be a political one, the women that launched and are organizing it openly invited men to participate: they must strike too, and they have to perform all those reproductive activities that, for 24 hours, women will desert. Men are not invited as a separate body which should express its benevolent and temporary solidarity; rather, they must recognize the global effects of women’s oppression. The privatization of welfare does not simply imply that welfare becomes something that has to be bought through increasingly miserable wages, but also determines an entire reorganization of society that aims to literally «houswifize» a field of political struggle through its individualization.  By refusing to be chained to their family role and to sacrifice in order to compensate welfare cuts, women are pointing out the possibility of refusing a system in which working-time increases at the expense of life-time. From this point of view, to put on the table the problem of sharing care and domestic work does not simply concern the individuation of practical solutions that, for one day, allow women to strike, but also to question, together with the sexual division of reproductive labor, the whole societal organization of which it is an expression.

In this way, women in the United States are clearly drawing the line of a political front, and it is therefore meaningful that the announced participation of «pro-life» women has been refused. To protest against Trump does not mean that we are on the same side. In the United States and everywhere in the world the limitation of the freedom of abortion is the expression of a patriarchal dominion which claims to regiment sexual relations within the neoliberal order: the social coercion to maternity coincides with the enforcement of family as a site where women’s reproductive labor becomes the individualized and privatized support of a likewise individualized and privatized work, that is a work turned into a depoliticized individual enterprise. Thus, in a context in which post-electoral analysis swing between dismay, defeatism and the extravagant proposal of a left-wing populism, US women are the starting point of a process of massive politicization. The 200 organizations that are supporting the strike, though radically diverse, converge on a decisive political program that makes indifferent the more or less institutional character of the participants. Rather, what is diriment is the announced presence of Black Lives Matter and of many groups of latinos and Arabs migrants, who at the beginning feared a white hegemony over the initiative but then recognized themselves in a program that clearly denounces the unbreakable bond between sexual, racist and economic violence.

It is therefore crucial that the program includes also the claim for a 15$ minimum wage for everyone, without exceptions. In the name of this claim, latinos migrants, black people, and industrial workers organized, in the last years, important mobilizations and strikes – like the one of the fast-food workers – that, though partial, challenged the many borders of labor and built unexpected political connections. By using the watchword of the 15$ minimum wage, women are radicalizing its content: it is neither simply the objective of a struggle that aims to realize better conditions of labor, nor the means for obtaining the autonomy necessary to escape also the family obligations. Rather, when women – that is a partial subject – are protagonist, the minimum wage becomes a field of struggle where all the social hierarchies upon which exploitation is based are questioned and contested. Like the strike, the claim for a minimum wage acquires power thanks to its feminist articulation.

As the women that are organizing the women’s global strike of the 8 of March, US women know that it is not easy to strike, and that, in order to do it, it is necessary to overcome the obstacles established by laws – that in the United States forbid every general and political strike, even sanctioning transgressors in penal terms ‒, by trade unions, by everyday precarity, by institutional racism and reproductive and care obligations from which it is hard to free oneself, even for one day. That is why they provide some suggestions on how to take part to the 20th January strike: strike from diapers, errands, groceries, laundry, make up and all those activities that, in different ways, materially and symbolically chain women to a subordinate position. However, this does not mean that the strike is reduced to a symbolic moment: not only because everywhere women are organizing in order to really abstain from productive and reproductive labor, but most of all because women’s strike concerns work, but is not limited to work. Women’s strike is the moment when a relationship of domination in all its structural and everyday manifestations is broken. Women’s strike is an act of fierce social subversion which is not limited to a single event, but experiences unexpected accelerations that are part of a global process. Women’s globalization just started. 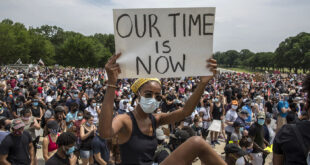 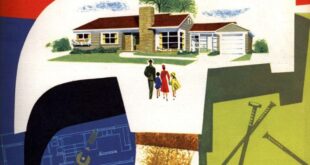 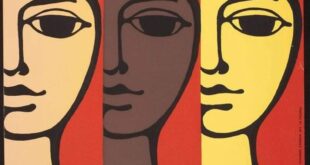