Home » global di∫connections » Democracy on the move and the struggles in Europe. A contribution for Blockupy and beyond 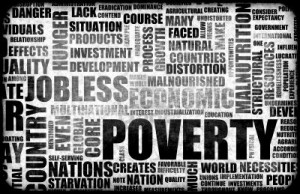 The following is a contribution to the political debate on the European  movement that starts with Blockupy, but is not just about Blockupy.  More or less organized projects (like Blockupy, but also the Hubmeeting) are trying to construct a comprehensive response to processes that extend over the European level, and beyond. The background of these projectualities is inevitably given by the fact that the great mobilizations in the crisis against the policies of the Troika have not been able to establish a common ground on which to build organizational next steps. The large demonstrations in Greece, Spain and Portugal have remained limited to those countries and at present have not been able to obtain particular results. The European strike of 14 November 2012 was little more than an experiment, as well as the subsequent social strikes. In Italy, a big event like that of October 19 does not seem to have produced the conditions for continuously wider large scale initiative. All these mobilizations have been democratic experiments and at the same time demonstrations  of the urgent need for a political initiative that can counteract the effects of impoverishment that the crisis has imposed and accelerated under the umbrella-space of austerity. We are asking what are the organisational tactics and practices that can permit a European-wide mass presence that till now has been only an exception limited to a few countries. We wonder how it is possible to make reference to democracy not only as a principle of identity against capitalism and the EU institutions, but as a set of organizational practices on a transnational scale. How can we subtract democracy to its limited practical and local level, to make it an overall process that is not limited to the production of events, but capable in time of sedimenting tactics,  struggles  and common goals.

The first political fact that is presented in front of the movements is the redefinition of the political economy of exploitation on a European and not just European scale: on the one hand, the crisis has shifted the Global governance from the top brass of the State to monetary governance, on the other poverty is not simply the effect of policy decisions of Governments, because it is derived from broader processes that are anything but linear. We must never forget that the actual level of impoverishment, which we see in many parts of Europe, in other parts of the world is meaning employment and income, even in the absence of rights. Yet we are not faced with a misdistribution of resources, to oppose with the demand for rights. Poverty is not the product of rising unemployment or a temporary dismantling of welfare systems. It indicates the separation, both in Europe and elsewhere, of the relationship between work and rights.  One must then ask what sense it makes to formulate our claims in terms of  rights: if poverty is not simply the effect of policy decisions of governments, but derives from transnational processes functional to the valorization of capital, our democratic perspective should be assume as an open question the fact that neither states nor the EU will resolve the problem of poverty. In this scenario, simply insisting on «democracy from below», i.e. on the practices of «horizontal» decision making aimed at realize the summation of existing initiatives in different areas of intervention (anti-racism, environmentalism, fair trade, etc.) is not enough. It is also not possible to limit our initiative to the formula of a «counter-summit» that is, to an initiative that «reacts» to the periodic attempts to establish the political agenda of the European and global levels in a spectacular way. The risk, in this case, is to recognize – even beyond the intentions – the centrality of representative institutions at issue, and not to attack a process that goes beyond the institutional boundaries of the Union.

While in the past decade until now the question of labour has been almost entirely absent from the discourse of the movement, now the frame of the struggle against the policies of austerity allows us to see the connection between those policies and the redefinition of the overall European logistics of exploitation. This could be, in our opinion, the sense of the experience of Blockupy, which since 2012 has brought about the convergence of European movements in the central square of EU economic policy, the financial district of Frankfurt. Frankfurt, however, is not central because the German government has a guiding role in formulating austerity policies. This would be just the reverse of the neoliberal practise of praising and idealizing virtuous countries in order to globally impose its normativity. Instead, we must recognize that the coercive relationship between poverty and labour effects millions of men and women, even in Germany and in the countries of northern Europe that seem to have been «saved»  from the crisis. It is thus necessary to restate the very notion of solidarity, so that it is neither the mobilization of those European citizens who are «fortunate» in favour of those «less fortunate» who are hit the hardest by the policies of debt and austerity, nor the affirmation of a common condition of need. Solidarity must primarily be a common rejection of the present situation, putting in relation the fight of the Greek population against  impoverishment, the precarization of labour in Europe, the struggles of migrants. Solidarity can not be an ethical point of reference, but instead must be that which qualifies our reference to democracy.

The struggles of migrants must be central to the transnational movement because they allow us to think of Europe in a Global context and prevent democracy from meaning  the emergence of certain conditions within a closed space. Precisely for this we doubt that the charters of rights signed by  anti-racists and by representatives of European civil society can ensure this opening. The movements and struggles of migration cannot be represented by a discourse on citizenship and even less so by one on rights. If ever, the condition of migrants shows us that these same institutions – national or European – in front of which rights are demanded actually help to produce the differences and hierarchies functional to the new political economy of exploitation, on the other hand, if we recognize that in the crisis the role and functions of the European States have been redefined  we must also admit that the demand for social rights may indicate a problem – the set of needs which are now set out under the name of  commons – but not the solution . There remains the question of how to create the organizational conditions necessary to accumulate power by connecting the spectrum of struggles for income and wages that exist across the European space.

To effectively deal with these transformations it is not sufficient to simply counterpose democratic legitimacy to the dictatorship of the troika, as if it could change direction under the pressure of popular consensus. Neither can the answer  be a «real» democracy  that, pursuing practices of spontaneous aggregation and mutualism, is not able to bridge the gap between a neighbourhood assembly  and a transnational political space through which millions of people are moving. Accepting the Democratic wager on the level of the European movement means going beyond the idea of ​​a coalition between existing forces, at least if by that one means their mere summation. It means addressing the problem of decision and the ability to achieve results by producing a political discourse shared with the challenges that the crisis poses on the agenda. In conclusion, it also means that the European movement must attack the contradiction which threatens to encumber the next few months and hamper  organizational processes, namely the incompatibility between the rejection of the institutional elites present in the general scream of «que se vayan todos» and the recognition of European elections as a politically crucial moment that forces us to take a position in favour of this or that candidate.

If the transnational European movement political wagers on avoiding the risk of programmatic minoritarism, doomed to produce nothing but the celebration of the few moments necessary to its militant self-representation, the conflict cannot be considered as something that is already at hand and needs only to be represented, no matter how big is the event that provides its visibility. The watchword of democracy could be the answer to this bet, only if it creates the conditions for the production of a radical renewal of the discourses and, consequently, of the organizational practices of the movement. It is thus a matter of persisting in the democratic wager without withdrawing inside the limits of other minorities or the boundaries of other events. It is therefore a matter of being open to an organizational process that, on a European scale, is able to give voice to and enhance the protagonism of precarious, workers and migrants who day by day try to escape from the grip of the forced link between work and poverty. Neither the consensus, nor the representation of the militant conflict would bring about that political mass-presence that till now has been only exceptional and restricted to some situations.

Also from this perspective, by pointing to the necessity of a coordination centre among the different organized realities that choose to invest in the process that will lead, in the following months, to the contestations in occasion of the opening of the new seat of the ECB, Blockupy opens new possibilities. However, the idea of a big coalition of European movements cannot be just a set of mediations and negotiations among the existing national structures or the small parties in the making with the aim of arriving at whichever initiative during the European elections and beyond. The individuation of common slogans and watchwords is therefore necessary not so much for the recomposition of the fragmented set of existing movements, as for the production of new mobilizations that would address in a decisive way the connection between austerity policies and the new European logistic of exploitation. 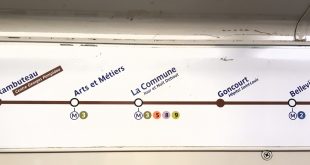 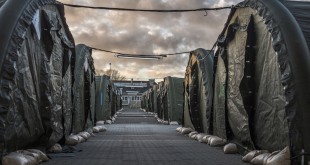