Matrix and the blue pill of representation 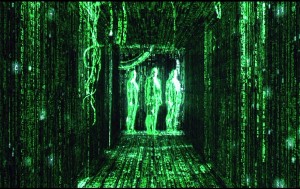 Nobody represents us! They all must go home! This slogan travels through Italy, amplified within the squares of the Movimento 5 Stelle. This movement claims to express the only radical critique of the political system, while it promises to regenerate it with honesty, participation and a quasi-direct democracy which stops at the doors of Parliament. Grillo claims to represent society as a whole, insofar as society is oppressed by the political system. This mass mobilization does not express a radical opposition, but the exposition of a unity represented against all differences. The new political class will finally grant unity against the fragmentation produced by bad political representatives. This semblance of unity is read as a compensation for what each individual, in his loneliness, believes he is entitled to: the revenge of the producers against the parasites, of life against labor, the national avatar of the local fighting community. Thus, society is represented as something containing in itself a point of equilibrium, a really existing median subject – the middle class – which could be the synthesis of every contradiction. This «miracle» is nothing more than the same mechanism which, for the last 400 years has legitimized political representation.

As if undifferentiated mass mobilization was the same thing as the organized mass mobilization of workers, migrants and precarious, a growing expectation claiming to be absolutely confirmed by the vote. From North to South, from valleys to towns, from the precarious workers deluded by Confindustria and the Sardinian miners to young start-uppers, everybody expects something from Grillo: someone a bit more, someone a bit less, everybody expects Grillo to solve a particular problem, and that this problem would finally be shared by all. Thus, an open community comes into existence, at least for those who are a part of it. The presumed horizontality of social networks, an illusion already shared by many, comes back on the scene as a form of communitarian unity and avoids any real discussion about democracy. Grillo is the redeemer of the Italian political system.

Grillo saves the political system by legitimizing the representation of  undifferentiated social subjects whose enemy is the political system itself. In the last US election, even in the French and Greek ones, within the traditional logics of political representations, emerged a mark that perhaps cannot be defined as that of class, but at least was the expression of a part of society which is not willing to accept austerity, exploitation and racist discrimination. A mandate – though unwilling – was accorded in order to contrast the uncontrasted dominion of capital. At least there was no identification with the leader or with the movement, but a vote aiming to point out the partiality of the elected, to water the seed of division. In Grillo’s movement, the only clear thing seems to be the indeterminacy of the enemy. It would be useful to know how the war, or at least some small battle, will be fought.

The tax-agency, Equitalia, is the enemy! Right. However, it is also true that Equitalia does not affect everybody in the same way, and it is also true that taxes pay welfare and would also have to pay the so much desired basic income. A basic incomes that seems to be important only insofar as it is for «citizens», thus confirming the racist discrimination between the Italian – who would be entitled to it – and the usurper migrants, who should work and then go away. Europe is the enemy! Right. But, what’s the alternative? The old, wavering Nation State? The unity of European society against the bureaucracies of Frankfurt and Brussels? The true alternative seems to be the re-establishment of the autonomy of the national political system, which is not unproblematic. Every political system is, first of all, autonomous from the governed, and is inherently able to search out an agreement with other political systems. Last but not the least, migrants are a small enemy. According to Grillo, They deserve slaps when they are from Morocco and disturb the peace of the natives, and must prove their knowledge of the Italian language if they intend to apply for citizenship. However, those who are interested only in their own private interests, will not be so interested in migrants: nobody represents us, go home! This is the only thing which really matters.

Thus, nobody seems to be interested in Grillo’s program, which is the continuation of the existing politics with the same means. How could he expect to abolish the Gelmini Law on University, while at the same time he proposes the integration of the University within the system of private enterprises? What if his proposal in economics concerns the transparency of the market and the abolition of transition costs? What if these proposals presuppose the citizen as a consumer, as much as the so abhorred neoliberalism does? Perhaps, the point is not to address a thing so traditional and bureaucratic as the party-program. However, the constant reference to reasonable solutions and to the competency of the members of the community recalls the idea of a technical government of good-sense. The acclamation in the squares legitimizes statements that can always be changed, without being corrected. Grillo says that unions must be abolished, and workers must participate to profits. In Germany it works this way, he says. Yet, in Germany the co-management of enterprises is governed by the unions and was based on labour-contract typologies that, in Italy, would be very appreciated by someone as Marchionne. Someone could say that in Italy only loss would be socialized. But Grillo’s political semantic is totally unbounded with its historical roots. It is not legitimized by any material base, it must not be demonstrated, it must be believed, because it is founded upon the hope that honesty as a political principle will triumph.

Honesty, like every virtue, can be only shared in order to avoid the exclusion from the community of the honest. Honesty is a mean to rebuild the common faith then represented as unity. It rebuilds the basis of a wavering political system that, otherwise, would have to be confronted with different and opposed demands. Grillo speaks of a probable future, and mirrors a well known recent past, when the crisis won by isolating many in their own particular sphere, without any political resistance. Waiting for the results of the elections, the squares full of the believers and of the curious represent  communitarian unity and the absence of a partial politics which could move beyond the political system. The refusal of representation seems to be a resignation to impotence. Besides the deplorable openness to deplorable subjects [like the neo-fascist group Casa Pound], besidse the slogan which recalls the golden age of the post-fascist movement, Grillo cannot be defined as fascist. And it would be wrong to consider Grillo’s electoral movement as fascist as well. Grillo’s movement is the system which regenerates the basis of its own reproduction. Grillism is not fascist. Grillism is the Matrix. 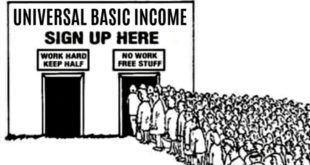 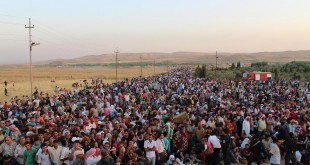