Debt is the form of war in the era of precarity. Like every war it concerns everybody, but does not affect all in the same way. We have always opposed war as the unmotivated destruction of life of millions of proletarians. Today we reject debt because of its destructive action on the lives of millions of precarious workers. However must closely examine debt, as it is always wise to closely examine wars. Transforming this universal coercion into a collective process of liberation forces us to transform this war into a struggle with different objectives and different methods. We certainly don’t want to fight a war for others, in the name of balance, recovery or economic necessity. For us there is no war on debt, because debt itself is a war.

Debt is a long and strange war that broke out many years ago. It was first fought in Africa, in Asia and in Latin America. With the current crisis it arrived in the United States and in Europe, immediately becoming a sort of universal holy war. Those who for years faced the devastating violence of structural adjustment plans now look in disbelief at the holy war on debt that is shaking up the west. With an almost expert eye they observe Irish, Greek, Spanish and Italian citizens, aghast at the impositions that are so similar to the ones that have impoverished and expropriated over the last few decades. There are those who fight this war a second time, having migrated in search of a better life. The crisis has not only traveled along the paths of unlikely stock holdings or creative finance, it has followed, along the migratory paths, the insubordination of millions of women and men who for decades have refused to accept to live under the impositions of the lords of debt. Migrants are the first to remove themselves from the frenzied search for stability and structural compatibility. Now everybody seems to be forced to address the issue of debt and its crisis. Being equal before debt, however, is an awful form of equality.

In the eyes of debt, we are not all equal, for which there are no national loyalties to be saved. If the state seems to be sinking in a sea of debt, the solution cannot be to drown some to save others, in a near future no one can foresee. It is not even a problem of who is steering the ship, it is the ship itself that is not functioning. In the face of the market of nations, in the face of the selling of public debt, some long for the return of full national and monetary sovereignty They evidently do not realize that the debt crisis is also the irreversible crisis of that very sovereignty and of its manner of being within the movements of capital. In the present state of things no state will save us. Not only because all states are currently busy saving banks and credit institutes, but most of all because the slow dissolution of all national monetary sovereignty forces all states to submit to global powers worried about the general production of profits. Thus it seems that the moment has arrived where every state renounces, along with sovereignty over the balancing of its own budget, the financing the production and distribution of all those services that can generate profits. From this point of view, what interests us is that the triumph of financial capital and the constant attempt to make a profit on an industrial scale off every instant of the existences of women and men. It is however fairly futile to consider financial capital as that stage of the historical evolution of capital that definitively moves beyond industrial capital and the obscene materiality of manual labor.

When surplus value, extracted massively and brutally in the distant factories of Asia or Latin America, arrives in Europe, to the near-sighted western eye it appears only as capital exchanged for itself: it seems to lose every trace of the social relationship which produces it globally, becoming an intangible financial activity between capitals. This is not reality. It may wish to, but not even financial capital can emancipate itself from that original infamy that is the exploitation of a worker’s labor. The borderless globality of capital cannot superimpose itself on, to the point of erasing, the borderless globality of labor. Just as the expectation of an unconditional income is not a problem of accountancy, the war of debt is not a problem of balanced budgets or insolvency. Within financial capital there is the global precarity of labor in all of its forms.

Without nostalgia or fear we must recognize that the chant of: indebted of the world unite! risks obfuscating to many differences and cause us to share company with the wrong  fellow travelers. There is a strong difference between the different clients of Equitalia (a public funded debt collection agency). In a completely unjust manner, Equitalia does not distinguish between those it takes wages from because they didn’t buy a bus ticket and those who it prevents from doing business with the state because they have evaded their taxes or not met their milk quotas. Equitalia establishes a false and unjust equality. If we look at the global scale of debt, we recognize those who cannot pay the mortgage on their home or repay their student loans. We recognize who has indebted themselves with more or less private financial institutions to pay for migratory travels or simply because they cannot afford to pay for their own furniture. Beyond public debt we recognize an infinite amount of nominally private debts that in all places mortgage the lives of women and men the instant they seek to improve their lives. If indebting oneself has become an almost unavoidable calamity, trafficking money is always a good deal.

Because we do not believe in holy or universal wars, we want to distinguish not only amongst our enemies, but amongst our allies. We claim the right to insolvency, knowing that no one can guarantee us this right, knowing that no one will punish those who do not respect this expectation. It is not a question of fighting a war against debt, because within debt a war is already being fought. It is a question of class. The transformation of the universal war against debt into our liberation from debt and its bosses will be the result of our struggle, of our individual and collective rejection of precarity as a selective and hierarchical form of coercion of labor. Migrations and precarity, in fact, are debt seen from our side. Migrations, precarity and workers labor hidden and ignored in more and more decentralized locations are connected processes in the same daily war that, as it restructures public policies, affects the lives of millions of people. From our point of view we see an inextinguishable debt with regards to precarious, migrants and workers. Transforming the war of debt into our struggle means connecting precarious, migrants and industrial workers. We will be insolvent to begin to collect the inextinguishable debt accumulated towards us. 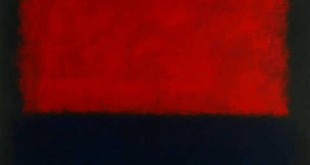 The Autumn of Our Discontent: Calcutta’s great clamour on September 20, 2014