On the evening of Saturday 13th March the UK watched as metropolitan police officers hurled and  kettled several young women to the ground. These women had gathered in vigil to mourn the death of a 33-year old woman they never met, Sarah Everard. Everard was confirmed dead that morning. Ten days earlier on March 3rd, she had inexplicably vanished off the streets of south London as she was walking home from a friend’s house. It was just another ordinary, Wednesday night. Last Saturday, we were told by police that ‘her remains’ had been found bagged in a wood in Kent. The man accused of her kidnap and murder is a metropolitan police officer, Wayne Couzens.

An eruption broke out from women across the UK. A political stir, and a stridently feminist one, that has not been seen in most of our lifetimes: a cathartic explosion of collective grief, empathy and pure rage. Despite its official cancellation and illegality, hundreds of women attended the vigil at Clapham Common in south London. Sarah Everard had done nothing to put herself in danger: she had left her friend’s house at 9pm. She called her boyfriend, she spoke to him for 15 minutes. They were to see each other the next day. She wore sensible, weatherproof clothing, a hat, trainers. She walked on brightly-lit main streets. She lived not far away. The police response was to tell women to ‘stay at home’, to think of their safety.

For a few hours it appeared that the police would be obeyed and that was it – that the solution to male violence was once again for women to withdraw from public life – to plan their lives around something that may or may not happen. Something they ultimately have no control over. It seemed that again, a woman had been killed, and next year there would be some piece-of-shit, low-budget Netflix series about it.

‘Reclaim these Streets’ agreed to comply with police orders and cancel the planned demonstration in light of Covid, despite stating their belief that a socially-distant event would have bore no safety risk. They took their case to the High Court, but failed. So that seemed to be it. Sarah Everard’s face was simply smacked across news outlets, the sensationalist editors permitting it, with apparently no sensibility of how triggering it is for young women to see her face. To look her in the eye, over and over again, and be reminded of the hell she must have gone through in the last hours of her life. But female murders sell newspapers and tv series.

It is also hard for young black and brown women especially, to see a national response where there wasn’t one for Shukri Abdi, Blessing Olusegun, or sisters Bibaa Henry and Nicole Smallman among thousands of others. Last year, metropolitan police officers allegedly selfied with the dead bodies of Henry and Smallman as their mother recounted, testament to the degree of inhumanity, racism and misogyny that is left to fester in some areas of the police force and indeed British society, where a woman is killed by a man every three days. Why had there been no outrage of the same-scale for these women? What about the 118 women and girls who were killed just last year, whose names were read out in Parliament by MP Jess Philipps? These were only the minority, whose male perpetrators had been convicted. What about those whose perpetrators were left undenounced? What about the continuous violence that targets trans women worldwide? What about the women drugged with ghb or alcohol, who were told it was their fault because they were out having fun?

It felt the only way to respect the memory of these women was to disobey the order – to go out – not to wait for the authorization of anyone. Certainly not the police. The right to mourn, the right to protest, trumps the importance of Covid-regulations. Women weren’t going to be ‘nice’ and ‘accommodating’ as they’re always expected to be. This was not a ‘death’ as the BBC likes to report in its placid, neutralised and dishonest tones, as if someone had simply died by accident. It was a murder, a femicide, by a man – and therefore fundamentally political – political even before knowing it was committed by an instrument of the state: a police officer. While he was not on duty, it remains to be known whether he abused his badge, authority and weapon that night to abduct Sarah Everard. We do know that he ‘flashed’ another woman three days prior to Everard’s disappearance. The police ignored the complaints of the woman who reported it. Unsurprising for an institution where only 3.9% of domestic violence reports against officers are dealt with.

The radical feminist collective, Sister’s Uncut refused to stay home on the Saturday. SU was founded in 2014 and seeks to combat austerity cuts for domestic abuse centres. They led the vigil that night in Clapham and began to make speeches on the bandstand when police moved in, arresting several young women and barging in with an aggression that shocked thousands across the UK, even Prime Minister and notorious womaniser, Boris Johnson.

It was again Sister’s Uncut who hosted the massive and furious demonstration the next day on Sunday, and again this week. Thousands of young women and girls came out to remember, enraged to the greatest extent, Sarah Everard and other victims of femicide. The banners read: ‘she was just walking home’, ‘it could have been me’ , ‘if we can’t trust the police, who can we trust’, ‘end victim blaming’ and ‘we are the 97%’.

Indeed, the same day an investigation by UN Women reported that 97% of 18-24 year olds in Britain have been sexualy harassed. Almost immediately, a meme began to trend, which read simply ‘text me when you get home xx’, a message all women, and indeed, gay and trans individuals too, understand full well, for the implicit violence that hovers beneath the surface of it. The fate of Everard being the worst manifestation of that fear.

This explosion of feminist activity curiously comes at the first time ever in UK history where both a female Home Secretary and police chief have played significant roles: the famously draconian conservative minister, Priti Patel (with a Salvini-like track-record on migrants) and the head of the Metropolitan Police, Cressida Dick, who has refused to resign inspite of widespread calls.

It feels the reaction to Everard’s murder is only just the beginning of a much broader seismic shift taking place in British society with much more civil disobedience to come. For the last year the government has been quietly and steadily clamping down on citizens’ rights to protest moving steadily towards authoritarianism, all under the guise of ‘Covid-19’ protections. The new ‘Police, Crime, Sentencing and Courts Bill’, introduced last year to frustrate the activity of BLM and Extinction Rebellion, will make it possible for police to shut down protests merely on the basis of their potential ‘noisiness’ or ‘nuisance’. On Tuesday, the Bill passed its second reading in the House of a Commons. Now a movement is building in a last-ditch attempt to block the Bill’s third reading and pass through parliament.

This is perceived as an attack on democracy itself. The push-back from below offers a last chance for women, women of colour, environmentalists, working people and all minority groups, to defend themselves, whether from police brutality, government negligence, violent men or a future looming with the threat of climate crisis. Adding insult to injury, not only has the government failed to open dialogue with female campaigners regarding the Everard case, Boris Johnson has already vowed to ‘protect women and girls’ by sending more police officers, in plainclothes, to patrol bars and other public spaces: literally most womens’ worst nightmare. Who can stop a predator from simply pretending to be a ‘plain-clothes police officer’, for example?

For many, this move is just another excuse for the government to hike up surveillance and pre-empt the grassroots reaction and anger that has already been stewing since the start of Covid-19 lockdowns: disproportionately high Covid-deaths for black and Asian peoples, the growth of BLM after the police murder of George Floyd, the outrage over the government’s refusal to give nurses a wage rise. Yet they have found enough to invest more into nuclear weapons, violating international law.

Thanks to the rage and solidarity of women this weekend across the UK, the (current) pathetic excuse for an opposition – Labour Party – has already U-turned on its original plan to abstain on the Conservative Police and Crimes Bill. Now it will continue to vote against. ‘Don’t underestimate the power of protest’ said rising leader of the feminist left, 27-year old Labour MP, Zarah Sultana. ‘This is just the beginning’ said Sister’s Uncut. ‘We will not be silenced. We will not ask permission. We will not take orders from violent men.’ 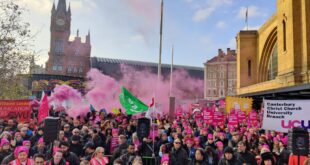 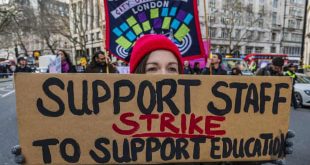