Riots in black and white. London, one year after 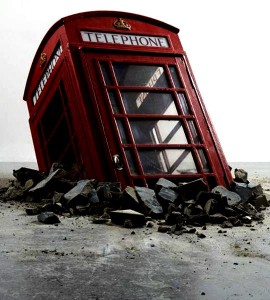 If I go anywhere I’m [treated like] a black man that came here 60 years ago … they see me as an immigrant and you can feel the subconscious racism everywhere. You can feel it and you see the way they look at you … it is what it is. There’s nothing you can do.

In the summer 2011 hundreds of people from poor areas of the UK, many of whom were British citizens with migration background, got involved in riots with the police, streets fires and looting. The riots started in the North of London on the 5th of August to then spread to other cities in England including Birmingham, Liverpool, Nottingham, Manchester and Salford. They were expressions of the racial and social segregation experienced especially by the youth in segregated neighborhoods across the country.

The rage of the community in Tottenham where the riots first ignited was triggered by the refusal of the police to give explanation to the family of Mark Duggan about his death. Mark was a young Black Briton, shot by the police within the context of a special action against gun crime in London’s black communities. Started as a nonviolent community demonstration outside the local police station in Tottenham, tensions soon escalated together with police repression spreading to other neighborhoods in the capital and other cities. Mark’s is only one example of the many deaths in police custody: at least 333 since 1998 followed by no single conviction of any police officer. It is not wonder that people in these communities develop a sense of injustice and mistrust in the work of institutions such as the Independent Police Complaint Commission responsible for investigating the murder, as they are seen as protecting the police rather than the people. On top of that amongst second and third generation migrants there is a profound distrust of the police and their repressive tactics inherited from previous generations of migrants who experienced police brutality during anti-racist struggles such as the Brixton riots in the 1980s.

But this is not simply a matter of the past. The everyday realities of police mistreatment and state racism in a context of growing poverty and policing –a typical combination under economic crises- were cited by the rioters themselves as the most important causes of the unrest. Many have had negative experiences with the police, including being beaten up in police vans and subject to prejudiced ‘stop and search’. Under section 60 of the Criminal Justice and Public Order Act 1994, the British police have the right to search people in a defined area at a specific time when they have good reasons to believe that there is the possibility of serious violence and in order to tackle crime, anti-social behavior and ‘gang fights’. A factor in sparking the disturbances was indeed the humiliation, unjust suspicion and racial profiling characteristic of these types of police operations. They are related to a broader transformation in police-community relations facilitated by the government’s ‘war on terror’. The selective and racial politics underpinning these kind of interventions is clearly apparent in the fact that stop and search by the police was conducted 80 times more often in the borough of Haringay, where Tottenham is located, presenting among the most diverse migrant and settled minority groups in London. Haringay is also the borough with the highest levels of child poverty, an unemployment rate of 8.8% and one vacancy for every 54 seeking work.

Across the UK, while black people constitute less than three percent of the population, they make up fifteen percent of the people stopped by police. Black young adults are four times as likely as white young adults to be incarcerated and across all age groups. Black people are five times more likely to be in the prison system than white people and between 1998 and 2008, the ethnic minority prison population doubled from 11,332 to 22,421.One then can read the summer riots as both an indication of the increasing difficulty to organize under the current condition of economic crisis (unemployment, heavy cuts in welfare and community services) and a response to the ‘policing of the crisis’ where black and white working class youth and undocumented migrants become the primary targets.

Contrary to the perception that the rioters were uneducated, many rioters were enrolled in secondary and higher education. The austerity measures and in particular the cuts in education-with the dramatic rising in university fees and erasure of support for working class students (the EMA) – have clearly fostered disappointment amongst youth, from migrant and white working class backgrounds as they suddenly saw their educational opportunities vanishing. Even in the UK the easy-to-sell dream of social mobility has withered away for those who cannot afford access to higher education (£9,000 a year for an undergraduate course!). That consumption is seen as a sign of moving up the social ladder, may explain the various attacks on shops and the looting during the summer riots (about 2,500 shops and businesses were robbed across England). Together with reclaiming the ‘right to get stuff’ the looting is not surprising after decades of ideological campaigns where ‘consumerism predicated on personal debt’ has been pushed for years as the solution to the national economy by both Labour and Conservative governments. While most of the commentators of the riots across the political spectrum preferred to judge whether these were political acts or a mere expressions of violent consumerism (merely mirroring ‘the feral spirit of capitalism’), what is rather relevant is to understand the more specific context in which second and third generation immigrants participated in the fight with the police and looting.

Many from the black communities said that despite the reality (and myth) of partial social mobility, continuing alienation and struggles for acceptance are still ordinary for post-colonial migrant of Caribbean, African and Asian descent. Tackling the institutional racism of the state and its local branches, past social unrest might have appeared more organized with first and second generation migrants using the context of the riots to build and start their own structures, youth and community centers, police monitoring, jobs search and other services, trying to self-organize their life and leisure time in the community. If at that time these activities were part of a battle against racist exclusion as much as for self-organization, the riots of today may appear to be purposeless and more individualized.

Still, exactly in the context of last summer’s riots and the criminalization of the youth in the neighborhoods where they occurred (as well as of those involved in the student protest that significantly preceded the riots since the autumn 2010), people appeared able to set up new links and structures of solidarity. Examples are the ‘Stop Criminalizing Hackney Youth’ and the ‘Tottenham Defense Campaign’, established very soon after the riots and police repression. These campaigns raise awareness on the social causes of the riots in the communities involved, promote self-organization and create structures of legal and emotional support for the families of those imprisoned. They also work against the social exclusion, isolation and stigmatization of those involved in the riots and against the liberal and racialized use of ‘stop and search’ by the police force.

Further examples of solidarity are emerging through initiatives in London, bringing together groups who worked in the education and anti-cuts movement of 2011 together with the struggles against racist policing and for freedom of movement and migration. In response to raids of migrant people by the UK Border Agency in the months since the riots, a new anti-raids campaign was launched by the Latino migrant communities the Latin American Workers Association (LAWAS) and (trans)-local precarious activists in the capital (e.g. Precarious Workers Brigade).

Indeed, after the spectacularization of violence by the media in August, the crawling, silent ‘shadow’ of the riots has legitimized less visible actions against migrant communities in London, subject to the same techniques that sparked the youth rage against the police in the summer. The practice of ‘stop and search’ reappears in the ‘street operation’ and ‘special’ stop and search against those who may look like ‘illegal immigrants’. The UK Border Agency and the police carry out coordinated action with the objective of catching undocumented people and bringing them to detention and deportation. Last February the Latino community in South of London was a particular target of the UK BA, inducing groups like LAWAS to take action with the Precarious Workers Brigade. About 440 raids have been recorded in just one day in various worksites in London. Besides workplace raids, a new technique used by the police targets common everyday settings such as bus stops and cultural events attended by certain communities. Sadly, operations often achieve successful results, like the recent raid at a Puerto Rican gig in Elephant and Castle where many Latino migrants were arrested (and many deported as a result) while queuing to attend the concert. This, together with the immigration police’s attack against migrant sex workers in other parts of the city appear as clear attempts by the policing state to ‘clear’ the city from unauthorized migrants and other ‘undeserving’ working people before the tourists will invade the capital for the Olympics. Never mind if the migrants harassed, searched and deported are the same who worked on the construction sites where the World Games will be staged.

The collaborative project by LAWAS and the Precarious Workers Brigade included the production of a ‘migrant bust card’ to spread information to migrants and their families about their rights and how to defend themselves from police harassment during stop and search and once they are brought into detention. The new alliances emerging in this moment of crisis, austerity and racist repression from the state, show how the forms of rebellion of working migrant people, segregated and precarious ‘citizens’ alike, do not simply mirror the wild phase of capitalism and its brutal response to its own crisis, but rather engage in unexpected solidarities and new forms of self-organization. 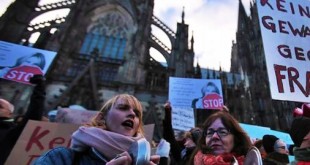 The 31st October UK Universities Strike: within and beyond the question of pay