No way out? Europe from East to West and vice versa 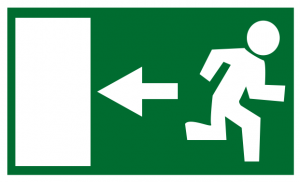 The result of the British referendum in June has provided to the right-wingers the chance to sell the cheap illusion of a feasible way out from European Union and its austerity policies. The possibility of a farewell through referendum is entertained both in France and in Italy, as in some East countries that, just one year ago, appealed to the sovereignty of their people to shut up the «no» of the Greek people to the 3th memorandum imposed by the Troika as a condition to remain in Europe. Once it deprived the national States of large amount of sovereignty, the European institutional order seems now to falter under the weight of renewed and aggressive nationalist pressures. This breakdown of political Europe, however, does not correspond to the end of neoliberal policies, although the institutional transformations affecting Europe are already producing their effects on millions of precarious, industrial and migrant workers who live, work and fight inside the European space. The Brexit focused the attention on the West, but on the East is long since going on a kind of Eastexit through which many countries are abandoning both democratic procedures and basic freedoms, although remaining inside the Union. Among those who are formally abandoning the Union and those who are constantly affirming its authoritarian form, we see the continuity and the ultimate sharing of neoliberal policies in order to control the labour force. The true question is then: who can really leave Europe? Or more clearly: is it really possible to leave Europe?

Looking at the Brexit from the East makes it clear that the nationalistic resurgences which are questioning the EU – both on the right and on the left side – are not in any way a real alternative to its neoliberal policies. It is not for chance that the Union has silently authorized in the course of time the rise of the right-wing: the political brutality of the technocratic realism that has overwhelmed the Greek OXI resulted in a mild admonition for the police violence at the border of Hungary, where Orbán is preparing the October referendum on European migration policies with the most impudent and violent racism. The hard resistance opposed by East countries like Slovakia, Czech Republic, Poland and the same Hungary to the hypothesis of political centralization expressed in the European Agenda on Migration of the past May has clearly found fertile ground also in Great Britain. We are not only talking about the obtuse extremism of Farage, but the way the whole spectrum of the «moderate» political forces has supported – with laudable coherence, though with different tones – the idea according to which the so called «welfare tourists» eroded British Social State with the same ravenous action of a horde of locusts. Institutional racism is in all Europe a specific instrument to ideologically and administratively support the government of mobility and of precarity, i.e. a brutal control of labour force and an absolute liberalization of the movements of capital. Although there are undeniable differences between Hollande and Le Pen, Corbyn and Farage, Renzi and Salvini, the problem we have to face is not the rise of the right-wng in Europe, but the neoliberal logic inexorably establishing itself also through those forces which claim to be antiracist and, obviously, anti-populist. The growth of the right-wing in the East as in the West of Europe does not depend either on the «natural» cultural backwardness of the Polish or Hungarian people, or on the conservatism of the British working class, which affirmed its surprisingly and crepuscular existence. The growth of the right-wing in Europe is a constitutive part of the politics of control of the labour force and the borders that precarious, workers and migrants are daily putting questioning.

Despite Juncker’s threat of punishing Great Britain for its secession, nobody seriously believes that the Union will govern in decisionistic way the relationships with its member States. Though from the institutional point of view the States act as centrifugal forces, they are at the same time condemned to exist inside the European space, inasmuch only there they gain relevance. Neoliberalism in Europe has expressed its political paradox. There is no possible return to national sovereignty, because single national States are chained to their function of guardians of neoliberalism. For this reason, the European political space cannot be identified with that inscribed in its institutional borders. As Brexit does not imply a real exit of Great Britain from the transnational space outlined by European neoliberal policies, in the same way Eastexit, i.e. the nationalistic resistance opposed by East countries to the political centralization of the European government, does not correspond to a critique of its neoliberal existence. Neoliberal policies will be regionally enacted in the framework of a European plan to synchronize, inside a common process of extraction of value and realization of profit, the differences crossing its space, even exploiting the competition between single States.

This is the direction that the Slovakian premier Fico pointed out when he took over the presidency of the EU Council, explaining that democracy in Europe means to give back voice to the national Parliaments and that the free circulation in the Schengen area can be saved only at the price of a strengthening of border controls and a reconsideration of the European agenda on migrations that takes into account the specific national positions. After all, who can seriously maintain that the Front National, which in France promises to reaffirm national sovereignty, would abolish the loi travail? No one. It simply would add a surplus of racism to make it «more French». Looking both from East and West it emerges that a Europe of universal rights can no more exist, because its space is crossed by differences and hierarchies organized according to the neoliberal logic that combines institutional racism, government of the movements of the living labor and full free circulation of capital.

Brexit and Eastexit are then two faces of the same coin, that is of a process of deconstruction of the European institutions which is an integral part of the ongoing process of constitution of Europe as a transnational space. If it is clear that the nationalist hypotheses are not in conflict, because they are congruent with this space, it must be clear as well that the dream of a social-democratic Europe is by now transformed in a nightmare embodied in its more terrifying form by Mr. Hollande. If the Europe of institutions and that of neoliberalism are unconnected, being however in a functional relation, the democratic occupation of the European institutions cannot be by itself a response to the social power of capital. Therefore, the exit must be organized by practicing a political discourse able to give a voice and a direction to the insubordination and to the legitimate demands of precarious, industrial and migrant workers that cross the transnational political space. A difficult exit, but a feasible one.

This is the perspective adopted by the Transnational Social Strike process, that not by chance produced its first moment of enlarged discussion in Poznan, Poland, recognizing Eastern Europe as a ground of experimentation of the structural disconnection between labour and rights, which is now the model of the industrial relations in the rest of Europe. The Transnational Social Strike process is a concrete perspective that aims at accumulating the necessary power in order to act inside the European space. For this reason, the Transnational Social Strike is discussing since months about the possibility of identifying common claims able to catalyse a transnational organizational process: European minimum wage, welfare and residence permit can tackle the crucial points of neoliberal policies, allowing to contrast the regime of wage and the government of mobility that the EU is trying to impose by all means, and trying to cut the ground from under the feet of the neoliberal discourse and to accumulate a concrete social power. The obstacle to overcome and to deal with is the recognition that these common claims must take into account the diversity of existing conditions. If in Poland a minimum wage of 8.50 € would mean the emancipation from a condition of exploitation and subordination for millions of precarious, migrants and industry workers, in Germany or in France this would be the ordinary price of the everyday political misery. Our challenge is to take into consideration these differences without incurring a re-nationalization of political initiative, one that is functional to the neoliberal synchronization of exploitation. Determining the contents of our claims, therefore, cannot mean to give them a local or territorial measure, but to identify the point of impact with the capital in order to affect the time, the conditions and the space where it pretends to exert its domination. How long should I work to get a wage, how can I live with my income, where can I move to escape exploitation? By organizing a response to these questions which is not subaltern, the practice of the social strike can cross and affect the times and spaces of social production and reproduction, from the metropolitan to the transnational ones of the movements of capital and living labour. On this scale, the contents of our common claims can aspire to the acquisition of social power inside the transnational European space, against the domination of capital. 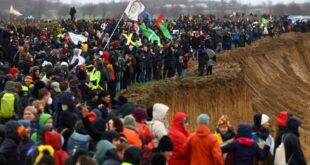