The shipwrek of hypocrisy: migrants beyond Lampedusa 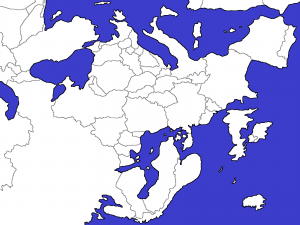 After the carnage which painted black the Mediterranean sea, we spoke about a political carnage. We want to repeat it, after the vulgar spectacle of a moralism which is not only impotent against racism, but also needs racism to exist. Many, both from the institutional left and from the movements, spoke about hypocrisy.  The hypocrisy of those who made a call to give the Nobel prize for peace to Lampedusa; the hypocrisy of those who propose to acknowledge citizenship rights to the death, while they deny citizenship to the living ones; the hypocrisy of those who proclaim a day of national mourning while in the football stadiums a part of the public openly declares their racism. This is not only a moral hypocrisy but a political one. Being totally blind to this general scandal, the Ministry of the Interior Angelino Alfano immediately clarified that the Bossi-Fini law should not be questioned. This is the issue at stake when we speak about the carnage of Lampedusa and of the political struggle which is being fought upon the lives of hundreds men, women and children. Some are saying that the call for the «abolishment of the Bossi-Fini law» means to respect rights and to introduce a stronger legality. We say that the abolishment of the Bossi-Fini law means to destroy one of the springs of a global, differential mechanism of exploitation.

According to chronicles, a man from Eritrea detained within the «welcome center» of Lampedusa spoke with the ministry Kyenge not of the inhuman conditions of the centre, but of the ways of avoiding the trap of Dublin II, according to which asylum seekers must stay in the country where they arrived. This episode says clearly that migrants’ freedom has to face not only the risks of the travel, but also the European differential regime which is necessary to manage the crisis. Those who point at the austerity politics as the first enemy to fight against should know that the first way of distinguishing the “virtuous” European countries from the ones forced to apply austerity politics consists into obliging the Mediterranean and border States to pay the price of global mobility. This is not discrimination among States, but a hierarchy of exploitation within the economic and financial European space. Barroso’s visit to Lampedusa is not only an obliged answer to a dramatic fact, but a way of managing the tension which the European Union is experiencing and is exacerbated by migrants’ movements.

In front of this fact, scandal is a very poor reaction. It is questionable to pretend that the best answer is a collection of signatures that perhaps support a reasonable policy, but entrust its success to good hearted citizens. Those who propose a humanitarian corridor and the distinction between refugees and migrants are forgetting that the corridor arrives to the blind corner of the Bossi-Fini law and the blackmail it imposes upon migrants, especially during the crisis. It is also questionable the reaction of the main unions which organized demonstration to cry for the death while they systematically ignored the living ones when they fought and got on strike to pretend the abolition of the Bossi-Fini law or better living condition after having gained their liberty in Libya or Tunisia. Those who claim asylum rights and the abolishment of the penalization of illegality are forgetting that everyday migrants have to show that they have a wage sufficient to renew their residence permits, they are forgetting that migrants are obliged to enter illegally and to become illegal if they do not accept whatever labor and wage condition. The condition of migrants goes beyond the sea of Lampedusa, it involves the hierarchies imposed both by the State and within working places. Against this condition migrants fought and are still fighting.

Perhaps these struggles have not been a definitive solution, but they are a reality that cannot be ignored by playing an occasional moralism, or by calling “migrants” those who were called “workers” the day before, running behind the idea of a unitary working class which ignores differences. In a globalized world, the only homogeneous space is the one of the markets, while men and women are separated by class, color, sex and legal differences. This is not a moral, but a political problem. Those who pretend to pursue symbolic or real victories without questioning this regime of separation which attacks everybody through migrants, and without understanding the European and global dimension of migrants’ struggles are feeding an illusion that we cannot share. 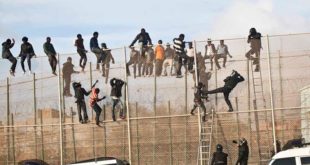 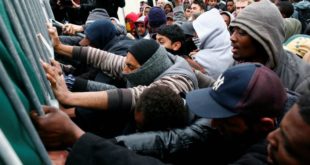