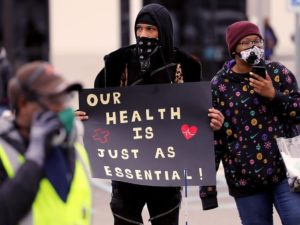 For quite some time women have been refusing to be domesticized by patriarchy. For them, it’s not a surprise that now, in times of a global pandemic, patriarchy is trying to impose itself as a necessary supplement of capital’s domination: after all, patriarchy has been pandemic for ages. In every place in the world and from different positions, women keep on refusing male violence to assert the same claim for freedom which in the last years transformed the feminist strike into a global process. Women have crossed their arms in factories and warehouses against those who aimed at putting profit before their lives; they are struggling against patriarchal devaluation of work considered «essential»; they are fighting against those racial hierarchies that keep operating during the lockdown of borders to force their work inside the transnational chains of care. The absence of the great event of March 8th – especially in Italy, where the spread of the contagion prevented Non Una di Meno to take to the streets – doesn’t mean that the process of the strike has been cancelled. The temporary loss of its mass dimension is sometimes experienced as a mourning which leads to the return to petty practices and generic claims, as if these were something to embrace after having been part of a great transnational movement. However, we have to keep in mind that the process of the feminist strike has not vanished, has not been cancelled by the necessary precautions and the many prohibitions. Even in the actual circumstances, when the struggles we have experienced in the last years seem to be suspended, women, with their individual and collective behaviors, renew the bet of the feminist strike precisely because they are already protagonists of the struggle against the patriarchal reorganization of the coexistence with COVID-19 on a global scale.

Patriarchy has always been pandemic, but today women are facing once again its intensification as performing those jobs more exposed to the social effects of the virus. Nonetheless, we have to avoid any kind of self-pitying attitude which tends to cancel the very tension to get free from oppression which in the last years has fostered the collective movement of revolt against male dominion. Actually, that tension is both present and continually challenged, denied, neutralized to force women to keep doing whatever it takes to reproduce the conditions of a social production deeply affected by the contagion. Due to the role it assumed against the diffusion of the virus, the home is reaffirmed as the material and symbolic pivot of the identification of women with those activities of care and reproduction which now show with unprecedented patency their socially «essential» character. In the phase of restarting and rebuilding, these activities will be even more required, celebrated, and subjugated so that every section of living labor can do its part. It is taken for granted that while schools remain closed, women will take care of children. This is so true that in Italy nobody bothered to explain how this will be possible when women will have to go back to work during the infamous Phase-2. The war rhetoric which publicly pays tribute to the heroism of nurses is nothing more than a patriarchal automatism that, in order to ensure the full availability of women, present care-work as their natural task, so to be free then to brutally devaluate it both socially and economically. In every celebration of care, maternal instinct, silent dedication lies the resistance of every single woman to her domestication; there is the refusal and the withdrawal from the rising domestic violence of the lockdown period; there is the black protest of Polish women against the parliamentary attempt to take advantage of domestic isolation and empty streets to prohibit abortion; there are the nurses who, in every corner of the world, threaten to go on strike against the attempts to restart production without considering workers’ safety and health: all of these are expressions of the feminist strike which lives in this pandemic times. This must be the starting point of our feminist initiative. 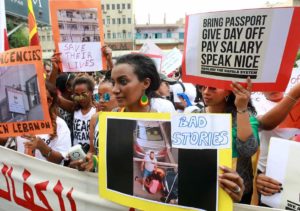 We have to live up to the transnational dimension of these refusals, instead of adapting our gaze to the immobility and local restriction imposed by national hotbeds. In these days, migrant women embody the insuppressible persistence of the transnational even when all the borders, from the domestic to the national ones, seem to become rigid and insurmountable. Not only in Italy, but all over the world, when it came to grant some forms of subsistence to those who lost their job, migrant care-workers have been ignored by the governments. At the same time, the pandemic have raised the demand for care, to the point that the Austrian government opened transnational corridors to fly in women coming from Eastern Europe, legalizing practices typical of trafficking – like the requisition of passports – to prevent women workers to escape the command over their work and movements. Especially where neoliberalism has been suspended to grant the reproduction of living labor through the supply of monetary subsidies, migrant’s waged domestic work becomes even more central as a supplement to the free one supplied by women now going back to work. The perspective of migrant women is thus strategic both to recognize the way in which production and social reproduction are adjusting to the coexistence with the virus, and to observe the role played by the State in this phase of reconfiguration. Everywhere, the patriarchal identification of women with care operates along with institutional racism to make migrant women’s work completely available and thus hiding and denying its socially necessary character even when it is recognized as «essential». Migrant women – such as those who went back to their country before the lockdown in order to avoid the foreseeable harshening of their exploitation – have challenged this process and the sexual division of labor. Women who organized in Lebanon, Spain and Austria against institutional racism – by claiming a residence permit, economic aids, and wage rise – highlighted the necessity and the possibility to topple the social process of devaluation of women’s work and transform it into a political struggle against the racist and patriarchal conditions of capital’s reproduction.

It is now even more undeniable that social reproduction is a field of struggle, not of recomposition. Social struggle is not a way to name the set of activities related to life and survival. It is not even a new section of the workforce, which has to be organized or represented. Social reproduction is the social process that continuously reproduces difference as subordination, and imposes the reproduction of life under conditions of oppression and exploitation. Today, social reproduction has an unprecedented centrality precisely because women’s movement and feminist practices challenge it on a daily basis. Feminist practice cannot simply ask for universal basic income because its universality conceals the differences produced by racist and sexed relations of domination. It is not enough to claim wealth redistribution, relying on the intervention of the State whose racist command is central to migrants’ exploitation. It is not enough to demand the recognition of women’s essential contribution to social reproduction – for example through a «wage for care work» – if this recognition fixes their subaltern and separate condition imposed by the sexual division of labor. It is true that everywhere – from Buenos Aires to Rojava, from Bronx to every European suburb – women are taking on the reproduction of life, while famine and misery are as deadly as COVID-19. Nonetheless, it is necessary now more than ever to interrupt the identification between women and life’s reproduction imposed by pandemic patriarchy.

Feminist strike is still alive in the several struggles fought by women who are refusing domestic violence, patriarchal and racist division of labor, and exploitation. Even though we cannot take to the streets, the feminist initiative is now facing the necessity to enhance, within a collective process, the political meaning of all these struggles. The transnational manifesto and the call for a global feminist International Workers’ Day are a step forward in this direction because they challenge isolation while pushing forward the transnational feminist organization. The aim is to stop the process of social devaluation of women’s lives and work. The essential character of women’s work must be asserted against social reproduction and its patriarchal order. The way to live up to the ongoing global transformations is to practice the strike against the oppression that sustains exploitation, and to intensify the political communication and the transnational organization. #AmeritaHuelga – it deserves a strike – is the hashtag circulating in Chile since the restrictions have blocked the demonstrations. This is not just a threat, or a promise. This is the sign that it is possible to give a collective body to the global uprising that is living today in many forms, and that is showing the unwillingness to accept the fact that capital is taking care of itself by building-up male violence and domination. 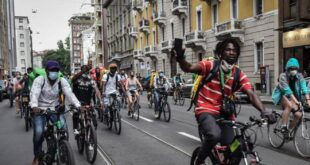 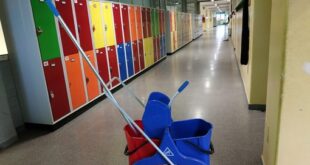 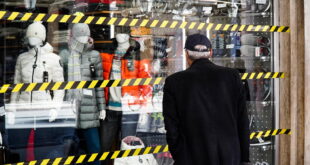