Home » global di∫connections » The connecting breach. The transnational power of the feminist strike

The connecting breach. The transnational power of the feminist strike

We believed in the transformative power of the feminist strike from its very beginning. Nonetheless, three years later, we continue to be surprised by how fast it is spreading around the world. Women from the US to Mexico and Bangladesh are championing the fight for fair wages, that has regained strength thanks to their efforts. Demonstrations against male violence and abuse in China and South Korea have gained vigor from the worldwide visibility of the feminist movement. More and more countries are organizing in view of the feminist strike on March 8th. In some cases, such as in Bulgaria, the strike is not yet on the agenda, but its impetus is driving movements against welfare-cuts, rising precariousness,  institutional racism, and patriarchal ideology. In other cases, like Germany, March 8th represents a chance to redefine political strikes, which are shut down by anti-strike laws. In Turkey, the upcoming strike will link protests against Erdogan’s authoritarianism with the struggles of women working for Yves Rocher, and with the struggles of migrant women, whose exploitation has intensified after the Turkish government’s shameful agreement with the EU. The feminist strike’s movement is all these things. We see it in the mass demonstrations taking place in the streets of South America, Spain, or Italy, and in sudden and unexpected uprisings all over the world. Women’s refusal of male violence has been a wakeup call for all those who are no longer willing to put up with the misery of our times. The diversity of this inevitably mixed front represents its richness and strength, as well as a challenge for the organization of the entire feminist strike’s movement, not just in its local manifestations, such as Non Una di Meno in Italy, but also in light of its transnational character.

At the end of January, activists from Chile, Argentina, Nicaragua, Turkey, Italy, Spain, Germany and France took part in the V Encuentro Estatal of the Spanish Commission for March 8th. Activists from across the globe will take part in activities organized by Non Una di Meno against the global meeting of the patriarchal, anti-abortionist “Movement for Life” taking place in Verona from March 29th to March 31st. These are examples of the ambition to link up experiences, discourses and demands that have gained power through the feminist strike. We want to start from this ambition, knowing that the question of organization cannot be solved by simply networking different national realities. Even at times when local uprisings do not directly communicate with other organizations, even when they are triggered by specific local struggles, every single feminist strike is part of a transnational movement against structures of oppression and exploitation that are also increasingly transnational. Precisely because global society is our battlefield, we operate beyond the national scale that populism of capital and souverainism attempt to impose.

Feminist strikes are the powerful expression of a transnational movement that practices the global terrain of oppression in order to battle its local or national expressions.

This transnational reality is already here, even though – at least on this side of the world – no assembly has converted it into an organizational project. Each country has different laws on domestic violence, abortion and family relationships, laws that govern and limit freedom of movement, dismantle and privatize welfare and undermine salaries. In each country, feminist movements – like Non Una di Meno in Italy – create platforms for organizing the demands raised by women, migrants and precarious workers against the State’s reactionary policies. While these policies maintain their national specificity, what they have in common is the simultaneous action of patriarchy, neoliberalism and racism. This is the pattern the European Union is following even when disagreements occur among its members. Beyond national platforms, the feminist strike is a global political process that reveals how the intertwining of oppression and exploitation cannot be addressed solely on a national scale. The centrality given to reproductive labor is not just about making the domestic sphere political. It’s about seeing it as a transnational space where migrant women’s mobility upholds both the gendered division of labor and the privatization of welfare which are essential to the accumulation of capital. The most advanced national legislations in favor of women who denounce domestic violence will never be enough to counter the social dimension of patriarchal violence. The same violence by virtue of which any rape committed in a Libyan refugee camp, or next to a Mexican maquiladora, legitimizes the idea that women’s bodies are disposable objects on a global scale. Winning the referendum on abortion in Ireland was fundamental for all of us, but this alone cannot subvert the identification between woman and mother, which reactionary policies are trying to impose worldwide. The declaration of wage parity in Finland was a symbolically relevant measure for all of Europe. Still, it cannot promise emancipation from poverty imposed by exploitation, nor will it succeed in reversing the global tendency to pay women less than men. At least not until sexual harassment, racism and the gendered division of labor will force women to enter the labor market in a subaltern position. After all, the difficulty faced by the State to meet the feminist movement’s demands is undeniable at a moment when – regardless of the government in charge – it becomes the means by which global patriarchal, neoliberal and racist policies are applied at a local level. The old-fashioned idea that national struggles can support other national struggles must be replaced by the awareness that the feminist strike’s transnational character links different struggles on a global scale, making space for their intensification and multiplication.

By practicing the transnational political dimension of the feminist strike we reveal, and oppose, the systemic action of multiple forms of exploitation. By striking, women have shown in every corner that patriarchal violence is the cornerstone of a global society that exploits, oppresses and kills millions of people at home, in the factories, in the streets, at the borders. The feminist strike has shown that is not possible to do away with patriarchy without simultaneously fighting against capital. It has shown that sexual harassment and violence are tools producing precarious workers and forcing women into a gendered division of labor, that limitations to sexual freedom and freedom of movement foster hierarchies which intensify exploitation. It has shown that is impossible to fight against male violence without taking into account that this violence affects us differently based on our skin colour, residency status, wealth. By fighting the simultaneous actions of patriarchy, neoliberalism and racism, the feminist strike has drawn a line: we can stand on the side of those who struggle against the violence of our global society, or on the side of those who exploit, oppress and kill. The novelty of the feminist strike isn’t just about highlighting the relevance of reproductive work for the reproduction of society, nor is it in the multiplication of its local uprisings.

The novelty lies in it’s ability to create a breach that connects different realities.

Precisely because the feminist strike rebels against the hierarchies which are most valued by capital, it cannot be – and never was – a separatist strike, it cannot – and never was – be an expression of identity politics. This fundamental point is still debated within our movement (recently, at the Encuentro Estatal in Valencia and at the Argentinean launch meeting for March 8th). It is not a theoretical question, nor is it just a comparison with the historic practices of the feminist tradition. Claiming a strike of women has always affirmed a collective force capable of stopping the world. This has been announced to the cry of if our lives don’t matter, we go on strike! A motto launched three years ago by our Argentinean comrades and spread worldwide. This cry expresses our desire to refuse a specific position against the entire order of society, and to position ourselves as a force able to interrupt the whole reproduction of society. Because of this, feminist strike has made it possible for several subjects to take a stand. This involvement cannot be simply described as a multiplication of identities that go on strike, as a practice of solidarity among “feminized” categories, or categories exclusively defined according to their sexuality. Nor is it the improbable sum or intersection of all forms of oppression. Feminist strike has given voice to the refusal of identities and social positions imposed by patriarchy, racism and global capital and in so doing it has changed those who have taken part in it. Since it is impossible to fight against patriarchal violence without fighting racism and global capital at the same time, it is also true that no anti-racist, anti-exploitation movement can ignore the feminist cry for freedom.

Men and traditional organizations have taken part in the strike, in some instances for the first time – like in Spain during the 5 million people’s strike last year. Far from implying that the strike is getting weaker, or surrendering to male politics, this is actually a sign of strength. Precisely because it affirms a politics of the breach, feminist strike modifies traditions, triggers unforeseen connections transforms those who practice it. We can see this happening in the workers and union activists, which are supporting the strike against their trade unions’ recommendations. The feminist strike isn’t just the sum or the temporary coalition of given groups, claims, practices and watchwords, nor of single national movements. It can instead rethink all of them, by rereading every local reality within the processes that produce it, within the global chains of exploitation and of care. But above all, we can rethink these issues in view of the strength of the movement that claims to break those chains. This is why the feminist strike is a chance to reframe political initiatives within its global scope. After March 8th, a transnational feminist movement’s assembly should seize the opportunity and make a step forward.  Through the push of the real movement that is changing the current state of things, we can long for something more than the gathering of different experiences, platforms and national claims.

We can strive to break the relationships that oppress us, by strengthening our transnational political connections towards an ongoing process of liberation. 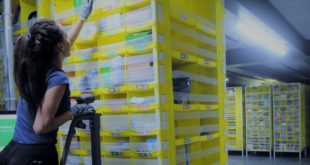 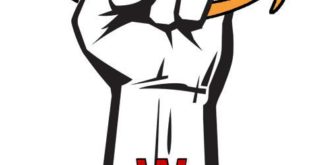 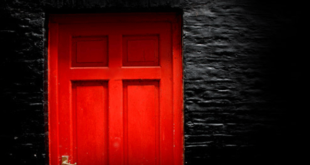