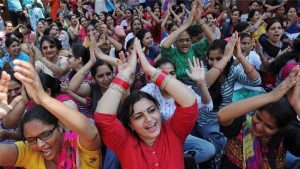 We publish an article written by the Indian journalist G. Sampath concerning the last countrywide strike in India on September 2nd. Even if the numbers were probably overestimated by trade unions, declaring a participation of no less than 180 million, the huge amount of people, men and women, who went on strike was a powerful show of strength. Nevertheless, this did not elicit much reaction from the central government, apart from repression and a ridiculous pay rise. We think the success and the limits of these «All India Strikes» contains lessons useful well beyond India. This strike comes in the background of the Seventh Pay Commission rolled out by the central government which has recommended increase in salaries for the workers in government-run enterprises. The strike, that saw public sector trade unions in the frontline, involved many private companies’ workers as well, especially in sectors like the automotive one. This dynamics of enlargement and the partial «success» of the strike, however, leave open some decisive questions in the perspective of overcoming the actual political limits of unions’ action, questions that go beyond India. Some critics have argued that their union and their politics has not yet given any indication that they are serious in unionizing and aligning with the contract and informal workers. As there are no official statistics, and statistics never really get the movement on the field, it is hard to measure the participation of contract workers in the strikes in India. For sure, the difficulty in organizing informal labour and in involving contract workers in the strike is one of the main weakness and challenges in Indian – and global – workers’ movement. Even if the issue of contractual labour is coming up and its end was among the workers’ demands, still not enough is being done by the main trade unions. While the strike on September 2nd was primarily for monetary bargaining with the government, in the case of unorganized workers any struggle brings out social and political questions such as the question of State along with the issues of wages, health, education, work conditions, and other matters of pure survival – and the unions are well aware of that. The challenge for the unions and for the workers will be then to produce a convergence of struggles beyond mere solidarity and the usual political affinity, in order to create the conditions for an industrial, logistic and metropolitan strike.

This was the fourth such major all-India strike since the coming together of all the central unions in 2009. The earlier ones were in 2010, 2011 and 2015. This is an annual strike – it was held last year as well on the same date, September 2 – so no specific event/spark produced it. But this year, there was more participation particularly because of price rise, and more number of workers getting exploited under contractual labour. This government has also been passing anti-labour laws on the sly – via the State (or provincial governments), in States that it controls, such as Rajasthan, Haryana and Gujarat – which are all BJP-ruled governments. And their extremely anti-worker labour reforms are now expected to become models for other states to emulate. So even without a central anti-labour legislation being passed, the workers are feeling the heat.

The striking workers had a 12-point charter of demands, namely:

— Stop contractualisation of labour for perennial work, and ensure the payment of same wage and benefits for casual workers as well as regular workers.

— Pension of not less than Rs3,000 per month for the entire working population

— Universal social security for all workers

— Strict enforcement of all existing labour laws without offering any exemptions

— No foreign investment in railways, insurance and defense.

The strike resulted in a complete shutdown of industrial activity in the two Left-ruled states in India, Kerala and Tripura, as the Communist Party government did not try to prevent it. The strike also elicited substantial response in many other States, with public transport affected and power stations shutting down. The State tried its best to make the strike a failure, arresting workers who were distributing leaflets in the industrial belt of Manesar, arresting nurses in the capital, and arresting workers who took out a march in the prime minister’s home State of Gujarat. With just 4% of India’s workforce of 472 million coming under any form of labour law protection, the striking workers’ main demand was to end casualisation of labour and ensure payment of minimum wage.

According to industry estimates, the strike is reported to have cost India a loss of Rs180billion. Mainstream media, whose reaction ranged from indifference to annoyance, by and large focused on how the strike inconvenienced the general people, meaning the middle class. Most workers, however, believe that the one-day strike can only send a symbolic message across to the right-wing nationalist neo-liberal government and they need to wage a sustained campaign throughout the year to make sure their demands are taken seriously. The ruling NDA (National Democratic Alliance) government, which is rightwing nationalist, tried to ward off the strike by announcing a hike of Rs.104 in daily minimum wage of non-agricultural semi-skilled workers, but it failed to impress the unions, who chose to go ahead with the strike. But it pressured its own trade union (BMS), to pull out of the strike. Apart from this, the government has not budged from its stand of pushing ahead with neo-liberal labour ‘reforms’.

The trade unions played a key role in the strike – this is, after all, their big day.
Each central trade union is a federation of hundreds of smaller unions spread across sectors. So when the top ten central trade unions come together, as they did with exception of BMS, they command a huge turnout. But this time, barring unions that are under management control, most independent unions also wanted to participate to send a message out. Ground-level workers often accuse the trade union leadership of not doing much the rest of the year and only coming out on sept 2 to do a symbolic action, which they feel is tokenism.

As a matter of fact, the organizers of the strike announced more political initiatives for the future only in vague terms. Some smaller formations, such as MASA (Mazdoor Adhikar Sangharsh Abhiyaan), which was formed three days before the sept 2 strike, have announced a year-long program of action centered around three issues: minimum wage, elimination of contract labour for perennial work, and end to labour reforms. But there is no real convergence at the moment. They are still not organically united into a force. In my sceptical assessment, politically co-ordinated convergence will still take more time, organisation, mobilisation, and struggle. Finally, the political impact of the strike on public opinion was not much. Unless by public opinion, one means the opinion of workers – by bringing workers together in large numbers, it did help raise the level of what is perceived as ‘acceptable’ militancy in the working class movement. 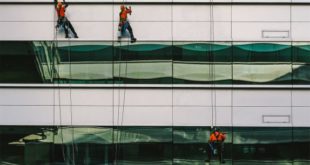