Grentry. The domination of finance in Europe and its crisis 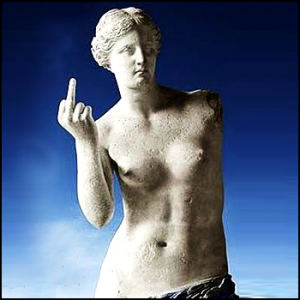 The technical fact is simple: the so called «Institutions» (the new name of the Troika obtained by the Greek government) have much more to lose than Greece. In the economical newspapers this truth is already openly stated: a Greek default, and even more a Grexit, would cause the biggest damages to the countries more exposed towards Greece, in particular France and Germany, and to other creditors. Without mercy, Wolfgang Munchau has recently written that, if this would be the case, Angela Merkel and Francois Holland «would go down as the biggest financial losers in history». The European Stability Mechanism (ESM) is indeed a cage for those countries that receive and take on debts, but it is also a device through which the problem of exacting the due credits falls back on the creditor countries. The default of the first ones is a financial problem also and above all for the second ones. The article was published in the «Financial Times» and a translated version of it appeared in the Italian «Sole24ore». Thus, it could be read also by all those Italian commentators, editors and politicians that stubbornly repeat the unfounded mantra according to which at the centre of the dispute there would be our money, or, variation on the theme, the «credibility» of Greece. Hans-Werner Sinn, an economist member of the German economy ministry’s advisory council, has observed that another mantra, concerning the «shying away of private capitals» from Greece, should trouble the receiving countries as much as or maybe more than Greece itself. The system TARGET2, regulating the transfers of stocks and capitals among the private European banks through a complex triangulation between the Central Banks of the countries involved and the ECB, causes a significant becoming public of the private loans through the central Banks. To say it simply: the transfer of private funds from a Greek private bank to a German private bank entails that the Greek central bank goes into debt with the ECB, that in turn gives its credits TARGET2 to the German central bank. Sinn’s warning has to be explained on the basis of this mechanism: the alleged «shying away of private capitals» from Greek banks should cause anxiety mainly in the receiving countries because it is a way in which the Greek citizens are securing their savings, discharging the weight of a possible default on the central banks of other countries and on the ECB.

The sentence which was pronounced yesterday in Eurovision by the Eurogroup President Dijsselbloem  – «the withdrawals from Greek current accounts are worrisome» and they are the signal of a «great concern about the future» – has no univocal interpretation. Suffice it to look at a graph of TARGET2 balance sheets to realize that Germany is by far the most vulnerable country. Just as the creditor countries of the Eurozone Bailout Fund and the ECB, Germany can just decide how much to lose. What happened at the beginning of the crisis, in fact, is that the Greek debts are now much more in the hands of the «institutions» and of private investors. The indebted countries, conversely, have only their debts to lose. It is evident that this affects their capacity of future expense and their possibility of an additional indebtedness in order to collect capitals in the market, but this discourse will possibly hold afterwards and it is not taken for granted at all that the only way to collect capitals should today pass through the claws of the rules of IMF and ECB. As the agreement with Russia to guarantee the passage of the TurkStream pipeline through Greece shows, the image of a country with no room for manoeuvre is far from the truth. Above all, it is less and less clear to Greek citizens what they will gain in resulting credible in the eyes of the «markets».

All of this does not mean obviously to cry victory. The starting point is Greece, i.e. a country which is well beyond the collapse point but which, for this very reason, has less and less to lose. The crisis management done by the couple Tsipras-Varoufakis is showing itself more aware than what many think and one of a great tactical intelligence. It is not just cleverness, it is not just game theory: it is the outcome of a knowledge of monetary mechanisms and finance that is not subaltern. The more time goes by, the more the sense of responsibility that everyone demands from Greece projects a shadows on the other Eurogroup members. Public behaviours, which are arrogant, to say the least, and totally content-free, as the one of Cristine Lagarde who burst out maintaining that in order to negotiate there need to be «adults in the room», bring more and more out the concreteness of the Greek positions. It is true: the three institutions are the same ones which formed the Troika. However the change of name produces its effects: thus you can happen to hear the Monetary Fund speak for itself; or it happens that the above mentioned president Dijsselbloem – asked by the journalists about the possibility that a European summit as the one called by President of the EU Council Donald Tusk for Monday takes decisions also outside of the discussion happened inside the Eurogroup – answers, obviously, that «being them leaders, they can take autonomous decisions».

To put it simply: the gun on Greece is unloaded and the discussion constantly swing from a technical level to a political one. There’s no doubt, as newspapers report, that the partners of Greece are «exasperated». Yet, exasperation is not a sign of strength. Who will win in this showdown is unpredictable, but one more time Greece has achieved to buy time and the summit on Monday will occur in the midst of a week of initiatives to support the Greek political program within the campaign «Change4all» in solidarity with Greece. These initiatives will be therefore important to show how a stance for Greek government starts to flow in Europe.

We know that someone will disapprove our perspective on the Greek politics. Yet, it is needed to say how things are, and there is another myth to dispel, but in this case on the side of the movements against austerity. The problem we are facing is not just a problem of democracy or sovereignty. If this was the case, there wouldn’t be reason to prefer the sovereignty of eleven millions of Greeks rather than the sovereignty of eighty-two millions of Germans, both legitimately represented by their governments. And it’s a very restrictive idea of democracy to make it dependent on the life of a government that is in charge thanks to a law that bestow the power on a party that gained only the 36,3% of votes. The current struggle is not about a formal question of sovereignty. It’s a political question: we stand with the Greece because for the first time a government makes a smart and class use of financial instability, because the main point of this dispute is the conscious will to save social programs, wages and pensions and, actually, to relaunch them without drawing upon the rhetoric of «little homelands», but instead impacting Europe at all levels.

Class use doesn’t mean that working class will show its uncompromising antagonism thanks to these measures, or that these measures help it to take the State. Notwithstanding the symmetric demands of these stances, class use means that after many years within an articulate and complex contradiction these measures don’t aim at impoverishing and at politically subordinating a large amount of the Greek people to the domination of capital. Around this point, and not around the outcome of an election, a democratic perspective for Europe is going to be rebuilt in Greece.

This doesn’t run out the task of movements, which are the real base that makes possible this showdown and that must know how to engage a political battle against the enemy within the political institutions, bringing about autonomously their own agenda. This is why solidarity for Greece is not enough, but it is needed the courage to extend on the European level the battlefield, maintaining the freedom of living labor and of the common use of resources against the profits of capital, making the claim of a European minimum wage, of a European income and welfare and of the opening of borders, a powerful spectre to fight the ghost of finance. Further, this spectre will gain material strength if it will stop to be just a slogan that has been repeated from so many years on, and it will be able to match the demand of income with the conditions of exploitations imposed by the regime of wage, fighting against the ambitions of the government of mobility.

This is a transition that after the Blockupy’s day of 18 March, the transnational movements haven’t yet had the courage to do. Yet, this is the direction we must take, even through the building of a real force able not only to impact public opinion, but directly the highest point of the current struggle: the job market. Accomplishing the aims of Blockupy taking the responsibility to bring about the claims of a European income, residence permit and minimum wage, with the target of a transnational strike, it’s the task we’re expected to do. As Mark Buchanan on the Greek newspaper «Khatimerini» put it, we are not confronting an economic transaction, but a political struggle where «the technical mechanisms of financing  and the charts of payments are just the instruments trough which power, on one side, is wielded and, on the other, it is resisted». Anyway, the showdown on Greece has opened a breach within the domination of capital in Europe. Our aim is to widen it, being very careful to neutralize any pro-sovereignty drives. As in the case of a father in a family in crisis because his authority is questioned, the reactions could be very brutes, and the consequences for Greeks very heavy. Yet, something is going to be shattered in the right direction.