Today, workers and activists call for the «Let’s Tackle Apple Action» in different European cities, in front of the stores of the world’s most valuable brand Apple, to protest against Apple and its chief supplier Foxconn in labour exploitation. This concrete, transnational solidarity action is part of the May of Solidarity mobilization promoted by the Blockupy’s coordination and is very meaningful in nurturing grassroots strength, and challenging corporate squeeze in global electronic production. SACOM (Students & Scholars Against Corporate Misbehavior) stands by our comrades around the world to end exploitation.

Apple outsources its production to manufacturers and refuses to take full accountability to ensure a fair and safe working environment in its supply chain. Based in Hong Kong, SACOM has investigated the labour policies of Apple and its suppliers including Foxconn in China since 2006, building a bridge to bring Chinese workers into the international workers’ movement. To fulfil Apple’s high-speed and enormous production orders, suppliers are pressured to force their workers to work under poor working condition, such as low wages, short-term contract, long working hours, high stress environment, and inadequate safety and health protections.

In 2011, Foxconn worker Zhang Tingzhen suffered an electric shock at Longhua plant, Shenzhen. He was not provided with protective gloves and nearly half of his brain was removed after surgery. Over these two and a half years, Apple and Foxconn, among the others, have denied corporate responsibility regarding the severe workplace injury. Foxconn argues that Zhang’s work contract was established with Foxconn Huizhou and refuses to compensate in Shenzhen’s standard. The labour dispute case remains unsettled. This is a strong example to tell how brands and their suppliers produce the global chains of exploitation.

Chinese workers have made numerous attempts to resist to corporate abuses. In an extreme way, in 2010, 18 young migrant workers in Foxconn factories across China committed suicides, resulting in 14 deaths and 4 crippling injuries. Their death aroused public awareness of the exploitation in global production chains. Many more workers have instead stood up to speak out. The recent wave of strikes at Foxconn is indicative of workers’ determination to fight for a decent life for all.

SACOM is committed to advancing workers’ movement by monitoring labour conditions and advocating worker organization through trade unions. International solidarity among workers is crucial in ending all kinds of labour exploitation.
———— 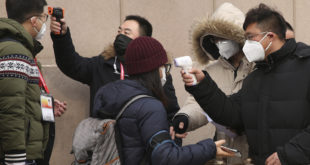 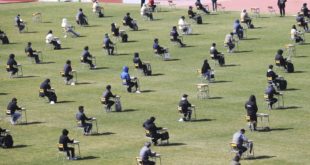