India: Capital comes to a hault over protest against gender based violence 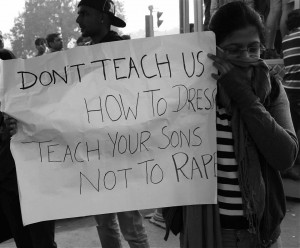 Delhi – the national capital of India is rocked by protests from student organisations, various groups and individuals pouring in India Gate – a place in close proximity to Rashtrapati Bhavan and other centres of power. People have taken to the streets to protest against the gang rape of a 23 year old student on a moving bus. There were clashes between the protesters and police. The police clamp down on such protests is not uncommon and students organisations based in Delhi organised a protest march to condemn the police crackdown on protesters and to continue the struggle against gender-based violence in Jantar Mantar. Section144 CrPC has been imposed in New Delhi which bans assembly of four or more persons in any place- barring Jantar Mantar.

The capital of the largest democracy turned to a fortress with heavy deployment of police at roads leading to India Gate and Raisina Hill. The metro service at 9 stations in close proximity to the venue of protest remained closed till further orders from Delhi Police. One gate of Rajiv Chowk Metro Station (station connecting to Connaught Place) was opened in the evening as I got back from the protest as the central part of city continues to be fortress in the name of security – I wonder whose «security» are we talking about. Amidst the ongoing protest, the city was witness to another case of sexual assault in Delhi on 21 December 2012.

Gender-based violence in Delhi needs to be located in the patriarchal structures that cut across socio-political structures. Pratiksha Baxi her article Rape cultures in culture in India argues «the parliamentary discourse on rape, after the brutal attack on the 23 year old woman who is fighting for her life, uses sexual violence as a resource for doing politics, and therefore re-entrenches rape culture. By arguing that rape is worse than death and rape should attract death penalty, rape survivors are relegated the space of the living dead. The social, political and legal mechanisms of shaming, humiliating, and boycotting rape survivors are not challenged. Nor are the mechanisms of converting rape narratives into a source of further titillation and excitement displaced».

Every time there has been a case of gender –based violence in India, there have been constant references to what time was she returning? Who was with her? For instance in 2008, when Soumya Visvanathan, a journalist was murdered our Honourable Chief Minister Sheila Dixit commented «All by herself till 3 am at night in a city where people believe…you know…you should not be so adventurous». So, if you are a woman staying in Delhi, we were told please don’t be adventurous. Please return back to your homes, hostels at designated time slots. For instance, Delhi University Women’s Hostels has a curfew. This curfew is not applicable to Men’s hostels. The curfew on women’s mobility and access to public transport in the city of Delhi has a long tradition. Before the green, red line and orange coloured buses were introduced during Commonwealth games we had blue-line buses. In blue-line buses (the buses I have taken), men, including the passengers and conductors felt that they can thrust themselves onto you, pinch you and pass lewd remarks. When you protest, people grin and if you are extremely lucky, few men and women will join you. My first experience of sexual harassment in Delhi goes back to a bus ride in Blue Line bus. When I returned home and my roommate said, «What’s that white stain? You are such a fool. You came all the way like that». As I dumped my favourite kurta in the dustbin I realised yet once again that my body was the point of onanistic pleasure of the male gaze but I moved on without making an effort to report it to police apart from crying out of disgust and anger. Several other women in my rented accommodation shared similar experiences to comfort me. I thought, «I was not cautious. I was not alert».

As Sreemoyee Piu Kundu points out in her blog entry Nice boobs these experiences make you realise you are a woman, experiences like these make you grow up.

Cut to 2012. We were happy when metros were introduced. We thought, «Gone are the days of harassment in blue line buses». In metros/tubes we have a ladies compartment where men will repeatedly barge in till they are fined. Yes, we need to impose fines to refrain men from entering reserved compartments. This is the everyday experience of being a woman in Delhi who have access to public transport and can at times afford to book a private cab. I don’t even want to speak for the women who work as domestic workers, wage labourers and factory workers here. Each woman has a different story and let me be clear I am not speaking for women cutting across sections. That would not be fair.

Every time I get «late» in the evening and there is no «car» to take me home, I might be welcomed by a non-lit bus stop, an autorickshaw puller who might charge me double the price and might get harassed by a biker, and an SUV vehicle will stop by on its way passing lewd comments. So all those who think (particularly the state) that «migrants» are a menace, records indicate that often women know their perpetrators (ranging from family to neighbours). Every time a vehicle stopped by I ignored, stared back, was angry and moved on. The problem is that every time it has happened to anybody across the city, while some have braved to report, fight their lonely battles, some struggles have won, and «we» have moved on. Every time I joined the protest march I thought «enough is enough».

This time I would like to reiterate once again, «enough is enough» with many others who have raised their voices in solidarity with people of Delhi against gender-based violence here and elsewhere. Gender-based violence has been used systematically in various parts of this country. As we unite asking for justice for the perpetrators accused in the gang rape case in Delhi, we should also think about the ways in which state mechanisms have failed to respond to the reports of sexual assault against women in Kashmir, Manipur, and Chhattisgarh.

The failure of the state and the patriarchal culture that supports sexual assault against women is to be condemned and every time somebody reminds me I am a woman and I have to be cautious in my own city, own village , own home I would like to echo with what Kavita Krishnan, Secretary of All India Progressive Women’s Association has mentioned in an interview: 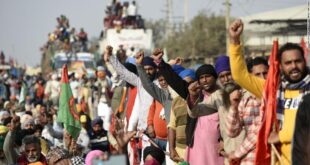 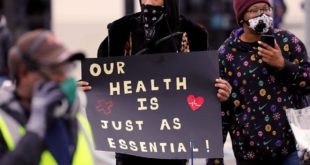 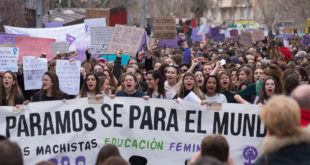 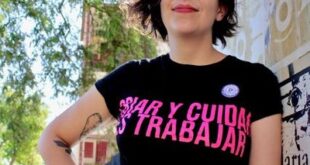